I finally did the thing that I’ve been talking about doing for months. I’m sure you’ve got a thing like that. It hovers over you, always there, always waiting for you to have a bit of free time. Sometimes the project is fun, but you can’t justify spending the time on it. Sometimes it requires money that you simply don’t have at the moment. For me, it’s often an activity that I know needs to get done, but I just don’t want to. That last bit was said in the whiniest kid voice, the one where they pout and slouch their shoulders and usually end up with an exhaled “Humph” afterwards. 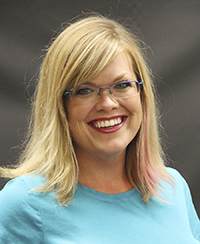 Fifteen months ago I moved to a different office. The previous occupant of the room had painted one wall blue. It wasn’t the worst color in the world, but I was not a fan. And if I were to paint one wall a different color, it would have been one of the other three. I knew the very first day in that office that I needed to paint, but what color should I choose?

I looked online for inspiration and I daydreamed for weeks. I had a vision for what needed to be done, but I still had to select the exact color. I grabbed paint swatches and brought them to work. Instantly I was able to toss out half of them. The lighting at the store was noticeably different from what I had in my office. I then taped up the remaining swatches and lived with them for a while.

Some days I liked the darker color, other times I was feeling more bold and bright. I asked everyone for their insight. Co-workers, people I had meetings with; I had them hanging on the wall behind my chair so when I was on video calls, I’d even ask the people on the other end what color they liked best. I knew I didn’t want to have to repaint again in six months so I wanted to be 100% confident with my decision.

Weeks quickly turned into months. Occasionally I’d get in the mood to paint, but it was always during the worst time. Work responsibilities kept me on my toes and when it did slow down, the last thing I wanted to do was paint. Then Monday happened.

I saw a file cabinet in another area of the building that would work so much better than the one I had been using. I started to swap out the pieces, and I realized that this other shelf would look better on a different wall. As I was moving things around it hit me like a truck. I need to paint.

I still had work deadlines and meetings, but I just knew that I needed to pause everything and take care of this now. So much of my job relies on information from others. Waiting for someone to respond to email, get back to me with the exact date or amount. Sometimes I have to wait weeks to get the information I need so that I can progress with my end of the job. It’s hard for someone like me not to have control over so much. However, I did have full control over my office and that was something that I could do right now.

Taking control over that one thing has completely changed my mood. I finished something on my to-do list that was starting to haunt me and it feels so freeing. And because I know you’re wondering, I painted my walls white. And I absolutely love it.