Candidate hopes to bring younger perspective to the board

Kaitlyn McColley may be the youngest candidate running for Albert Lea school board this November — she graduated high school in 2018 — but if her name sounds familiar that’s not a coincidence. 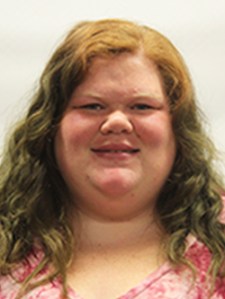 She used to work in the district as a para substitute and educational assistant where she worked with preschoolers at Brookside Education Center. Her sister attended school in the district.

And McColley felt familiarity was important.

“I’ve lived here long enough where I’m familiar with most things, but then also working for the school in different areas would also help,” she said.

McColley felt being younger made her willing to learn.

“I feel like most board members don’t or haven’t worked in the school setting,” she said. “I have, and then my sister went to school, too, so that helps. I feel like I could always ask her things that could change or what she thought could have changed while she was going to school.”

She also felt board members should have experience working in schools, and said that as a younger candidate she was familiar with certain trends.

At the same time, she admitted her lack of formal work experience could hurt her candidacy.

If elected, McColley would put a focus on special needs students, a group she felt was overlooked and deserved “to be looked at just as much as regular students.”

“They should be looked at just as much as regular students should be,” she said.

McColley liked how the current composition of the board worked, but said change was needed.

“They need younger [people],” she said. “Instead of everyone being somewhat the same age on the board, I feel like they just need a younger perspective.”

She also felt the school board saw “everything the same” and believed having someone new would help and wanted to make sure everyone, no matter their level of education, was heard.

She made the decision after her mother, who also ran for Albert Lea City Council, decided she would not run for school board.

“I was like, ‘I’m going to cause I feel like there needs to be somebody on the school board that is a voice for special needs kids because I have a brother that’s autistic, so that’s also a reason why,” she said.

And despite her younger age, she felt that could be a benefit to the board.

“I feel like, being the youngest, I could definitely bring new perspective, new ideas that others may not think of,” she said.

McColley works at Hy-Vee and serves as a personal care assistant. She is also a student at Riverland Community College. She has worked as an educational assistant for roughly six months, and has helped as a para substitute since 2020.