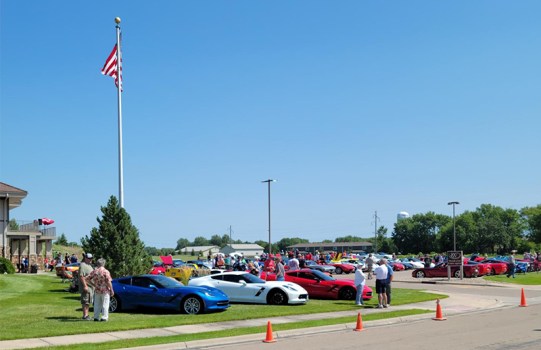 About 160 cars came out to the Corvettes to the Cove Cruise-In at Wedgewood Cove Saturday. The event was the first of its kind in Albert Lea, drawing in cars from both inside and outside of the community. Provided 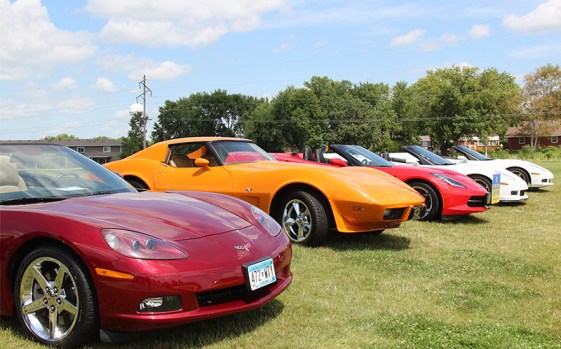 Corvettes are lined up on the lawn at Wedgewood Cove Golf Club during the show. Sarah Stultz/Albert Lea Tribune 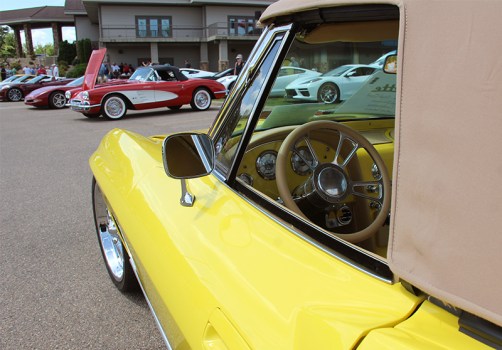 Corvettes throughout the years were featured in the show Saturday at Wedgewood Cove. Sarah Stultz/Albert Lea Tribune 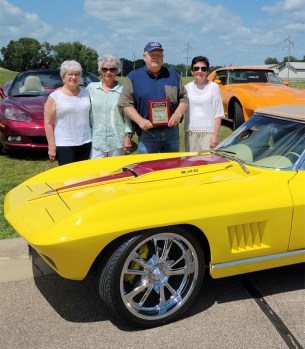 Recognized for Best of Show was Al Larson with his 1967 Chevrolet Corvette Coupe. Here, he is pictured, from left, with Mary Greenman, Cindy Petersen and Liz Enger, wives of the late Al Greenman, Mark Petersen and John Enger, who were members of the Lakes Corvette Club who died in the last year. Provided