With schools opening at various points over the next three weeks, districts find themselves in different positions when it comes to staff and administrative needs.

Kathy Niebuhr, executive director of administrative services for Albert Lea Area Schools, said the district still had areas it needed to fill, particularly in the area of special education.

“We have some special education teacher openings, which we’ve filled through some retired teachers who are subbing for us while we continue to try to fill it. They’re willing to step in and do that.” 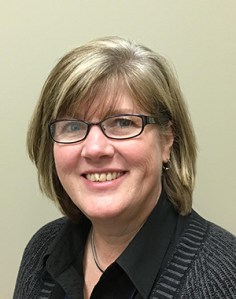 Currently, the district is employing retired teachers to cover the positions, but Niebuhr said she would like to hire the positions out to people who wanted to stay on staff.

Niebuhr said one of the reasons for the lack of applicants could be attributed to the general labor shortage affecting many occupations, but admitted the need for special education teachers was not new this year.

“They basically stay at one school, and if they come four days a week, if they want to work a fifth day they can,” she said.

On the other hand, the district is seeing lots of applications for paraeducators.

“We still have some interviews to do, but right now it looks like we’ll be able to fill our paraeducator positions, so that’s really good news,” she said.

Niebuhr said the district was in generally good shape heading into the 2022-23 school year, and she was excited to see a rise in out-of-state applications, and that there have been lots of new applicants.

Besides special education, the district is also looking to hire custodial staff.

“We still have a couple openings for custodians,” she said. “We know we have a couple of custodians who are looking at retirement and so we’re trying to be proactive to try to hire some of these custodial positions.” 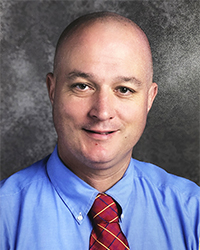 But overall, she suspected Albert Lea Area Schools were in no different shape than other districts across the country.

“There just is, in general, this labor shortage around the nation and we are no different,” she said. “I’m pleased that we are able to fill the positions we have at this point,” she said.

In the meantime, the district is still seeing applications, and Niebuhr said the district should be able to hire some physical education positions.

Anyone interested in working for the district can visit their employment page, alschools.org, and scroll down to the bottom where there is a careers link.

Right across the border in Iowa, things are paradoxically similar and different for Lake Mills Community School and new Superintendent Chris Rogne. In fact, he said the district did not have any staffing problems and the school will be able to operate as expected, though he admitted the district was fortunate to be that way. In fact, every teaching position for this year was filled by last spring, a fact he said proud of.

“I’d say that’s a testament to our directors and principals for being forward-thinking and reaching out with that,” he said.

In fact, hiring for this year was typical.

That did not mean everyone at the district stayed though.

“Part of it requires a person’s life and [their] family have to fit those hours,” he said.

The district also hired eight new teachers, a turnover he described as “substantial” for a school of Lake Mills’ size.

And while he could not pinpoint a specific explanation for the turnover, he did say people’s jobs changed and family situations changed.

One concern Rogne expressed over hiring was a person’s desirability of working at school, which he said was lower than it used to be.

Rogne also admitted there could be staffing problems in the future in different waves of retirement, and pointed to the subjects of math and science.

“There could be some struggles filling those positions in the future, and part of it is I think people with that background maybe have an opportunity to make more money in a private sector job, too,” he said.

Another change in the hiring process for Lake Mills was the smaller applicant pool compared to previous years.

“I think it’s just an overall trend in the market, that there’s more openings across schools and so there’s more opportunities for people to work, and so applicants and work are spread thin that way so supply-and-demand.”

He said that over time education preparation programs and colleges had fewer students in them, meaning there were fewer graduates coming from colleges with degrees in teaching.

His observation was shared with Niebuhr.

Niebuhr said 15 years ago there would be 20 to 30 applicants for an opening in the district.

Lake Mills has just under 700 students and has roughly 50 teachers. Currently, the district is looking for part-time kitchen help, a position Rogne admitted could be hard to fill.