Dorothy Mae Stillings, age 89 of Albert Lea, passed away at New Richland Care Center on August 27, 2022. She was born January 21, 1933 to Elmer and Alma Oakland. She and her husband, Robert, lived in their Albert Lea home for over 50 years and raised their four children there. 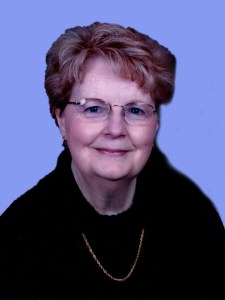 Her children will remember and cherish their fishing trips up north when they were younger. In Dorothy’s later years she enjoyed her time with her grandchildren and great-grandchildren; she was a member of a card club, enjoyed bird watching and doll collecting. She was a member of Our Savior’s Lutheran Church of Albert Lea. Dorothy enjoyed her time with Robert and the ‘Gourmet Club’. She was a wonderful cook and baker – everything was always homemade. Along with Dorothy’s patience raising four children, Robert’s continuous sense of humor and pranks always kept her on her toes.

A Funeral Service will be held at 2PM for Dorothy on Friday, September 2, 2022 at Bonnerup Funeral Service of Albert Lea with visitation beginning at 1PM; interment at Graceland Cemetery, luncheon will immediately follow.