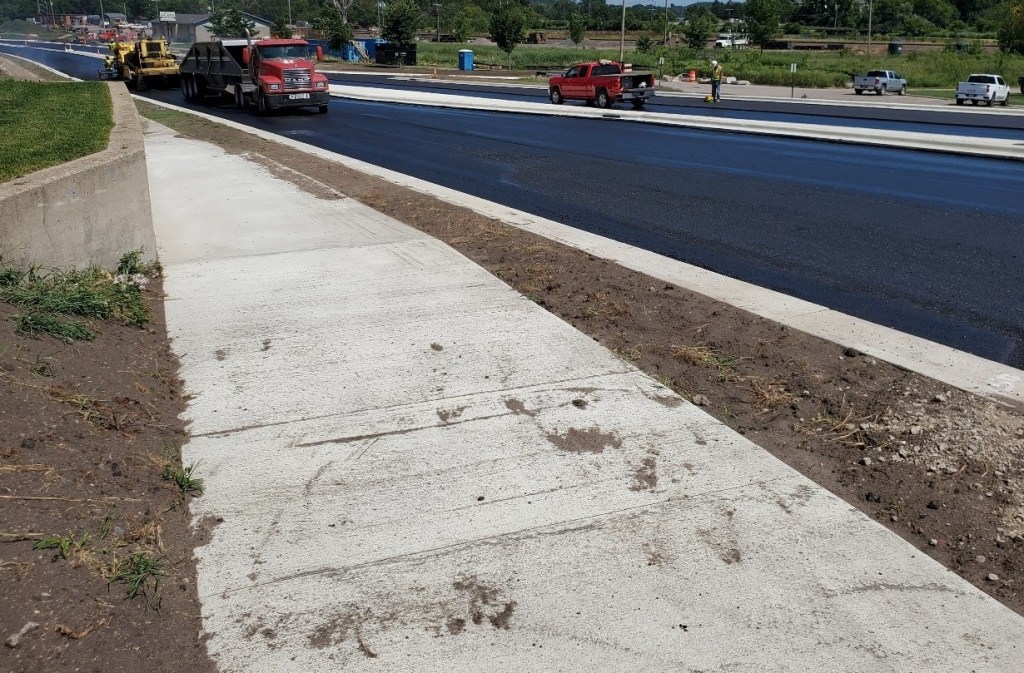 Contractors have been paving East Main Street this week between Newton Avenue and the Shell Rock River bridge. Provided

The end is in sight for the first phase of the East Main Street project.

According to updates provided by the city, the contractor has finished two of the three layers of paving for East Main Street between Newton Avenue and the Shell Rock River bridge.

Work also continued on sidewalks and driveways in this area.

The contractor is grading and laying the rock base for the intersection improvements between Garfield and Prospect avenues.

Hammer Road in Albert Lea, between Y.H. Hanson Avenue and Sorensen Road (Freeborn County Road 45), is back open to through traffic.

The contractor has replaced three culverts and patched the road enough that drivers can use it until next week, when final paving should occur, weather permitting.

The goal is for the project to be completed by Aug. 17, when Albert Lea Area Schools resume classes.

The contractor plans to complete paving next week.