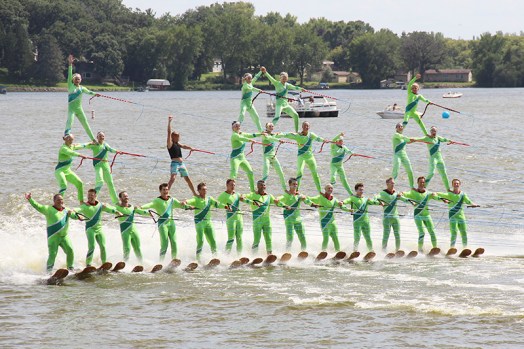 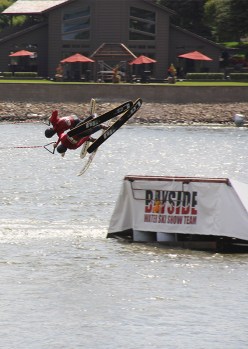 Two skiers with the Aberdeen Aqua Addicts do a flip off the ski jump Saturday during the tournament. The team had a "Dumb and Dumber" themed show. Provided 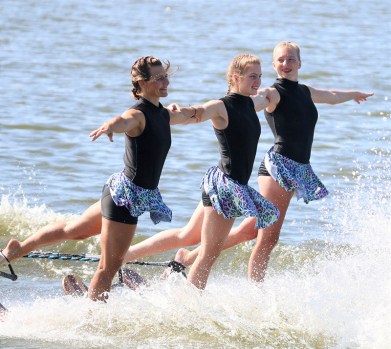 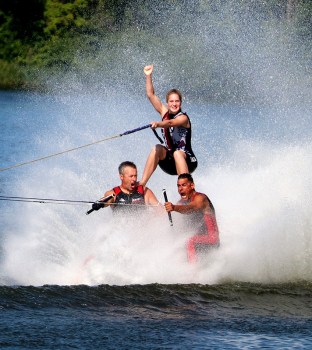