It is with great sadness and a heavy heart that we announce the unexpected passing of our  beloved father, brother, uncle and friend, Frank (Frankie) Anthony Madrigal who entered eternal rest on August 11, 2022, at the age of 56. 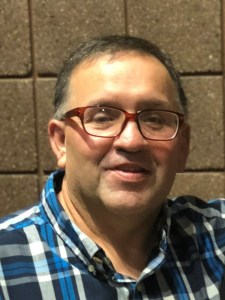 Frankie was born and raised in Albert Lea, Minnesota to Ernesto and Anita Madrigal. He was a  1985 Albert Lea high school graduate and started working at the age of 15. Frankie had many  different trades. He worked at Quik Stop, Pour Boys, Progress Casting, Fleetguard in Lake  Mills, IA, and ended his career at Select Foods.

Frankie enjoyed being on Fountain Lake, cruising around on his pontoon. He found pleasure in  taking rides on his motorcycle, snowmobile, and riding RZR’s. All of which included spending  time with his nieces and nephews. You could find him at the casino playing slots or throwing  some dice around and playing cards with family and friends. Frankie was a passionate Vikings  fan. He enjoyed some playful rivalry with family who live in Texas and Michigan on who would  win the game. He loved to travel to Texas, Michigan, and Nebraska to spend time with family.

He treasured the special memories that were made on those trips. Frankie loved discovering new restaurants and the best spots around. He’d be so excited to take his family and friends to try out the new places he’d find. Frankie could fix anything. He was the go-to person to work on your vehicle. Frankie also had a great sense of direction and never got lost even in the biggest of cities. We know he found his way to heaven without a road map.

Frankie cherished his family and friends, especially his son, Dylan. They were the center of his  world. Even if it meant just driving around and hanging out. He was always there to give rides to friends and family, near or far. He would never say no. He was the first to arrive at gatherings because he wanted to be around everyone, and his smile could light up any room. Frankie would give the shirt off his back or the last dollar in his pocket. He was so close to his brothers and sisters. Frankie never went a day without talking to them on the phone or dropping by for a visit. Frankie had a huge heart for everyone. He was such a kind, loving and generous man. We will miss his jokes and his smile. Frankie will be missed immensely by his family and friends.