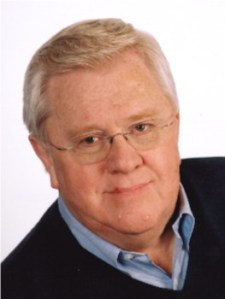 Gary was born March 29, 1940, in Corwith, IA to Ernest and Beulah (Miller) Jesse. He graduated from  Albert Lea High School in 1958. On May 6, 1967, he married the love of his life Jane M. Carlson at Clarks  Grove First Baptist Church in Clarks Grove, Minnesota. The couple lived in Kansas City, KS; Salina, KS;  Albert Lea, MN; and Rochester, MN.

Gary proudly served his country as a member of the United States Air Force, enlisting in April of 1961,  and was honorably discharged in August of 1965.

Gary worked for the CertainTeed Corporation for the last 20 years of his career, retiring in 2004. He won  numerous rewards for his salesmanship and was a true professional. He then began his second act,  working as a Shuttle Driver for Go Rochester Direct for over 10 years. He enjoyed all the people he met  throughout his working career from all walks of life.

Gary shared a love for the MN Twins, puzzles, gardening and planting flowers, going out to eat, and  spending time with his family. He loved telling jokes and making people laugh. He was a true salesman  and could sell just about anything at the annual neighborhood garage sales.

Gary was preceded in death by his mother, Beulah Jesse and father, Ernest Jesse.

Gary will always be remembered as a loving husband, father, and grandfather.

Visitation will be held from 11am-1pm on Friday, August 26, 2022, with the service following at 1pm in the River Park Chapel at Macken Funeral Home, 1105 12th Street SE, Rochester, MN. Burial will be at Geneva Cemetery, Geneva, MN, at a later date.