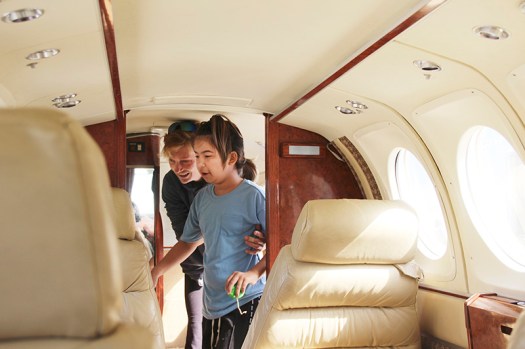 Kiara Espinosa and her mother, Julie Ashenfelter, board the plane Saturday to go on a flight with pilot Jim Hanson. Sarah Stultz/Albert Lea Tribune 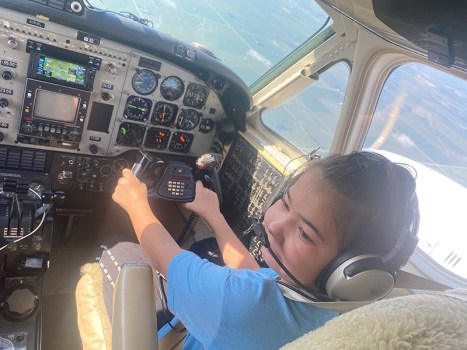 Kiara Espinosa, 11, smiles while flying as co-pilot to pilot Jim Hanson Saturday above Albert Lea and the surrounding area. Hanson flew the plane almost to Owatonna and then descended to look over Albert Lea Lake. Hanson said Espinosa was surprised how big it was. 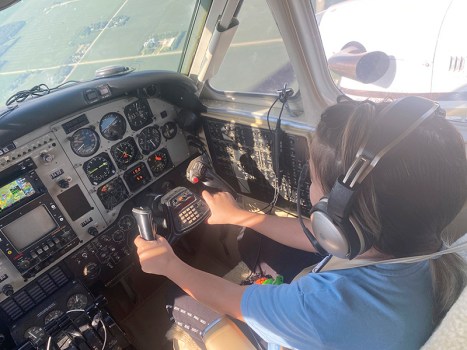 Hanson also circled over Kiara's home on the south side of town and had her hold onto the controls so she could feel the control inputs and fly the plane. The plane also flew over Fountain Lake , as well as the other local lakes and flew almost to Owatonna. 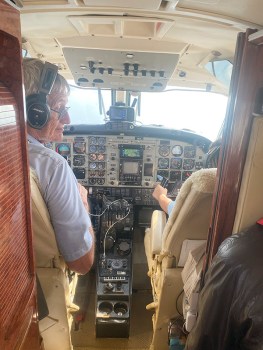 Pilot Jim Hanson looks over during the flight with Kiara and her family. The group flew in a Beechcraft King Air, which Hanson said is the most popular business jet-prop in the world — capable of up to 350 mph speeds. It is capable of landing at major airports, as well as grass and gravel airstrips. 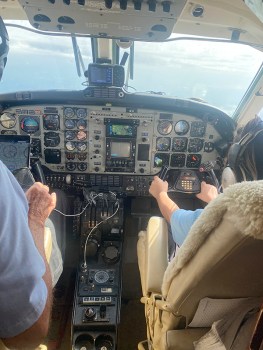 Kiara Espinosa flies as co-pilot with pilot Jim Hanson Saturday during a plane ride over Albert Lea. The ride was donated for her for birthday. 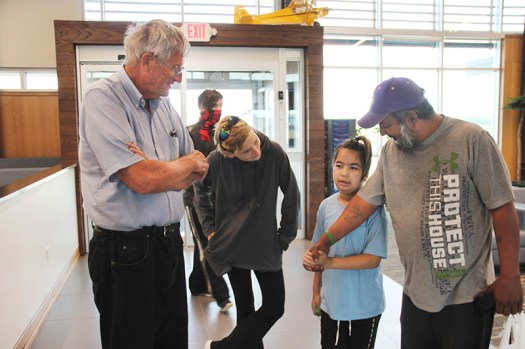 Eleven-year-old Kiara Espinosa and her parents, Julie Ashenfelter and Mike Espinosa, talk with pilot Jim Hanson inside the Albert Lea Airport Saturday before going outside to board a plane. Kiara, who has a rare terminal Mitochondrial Complex 1 deficiency, has always wanted to go on a plane and had her wish come true Saturday. Sarah Stultz/Albert Lea Tribune 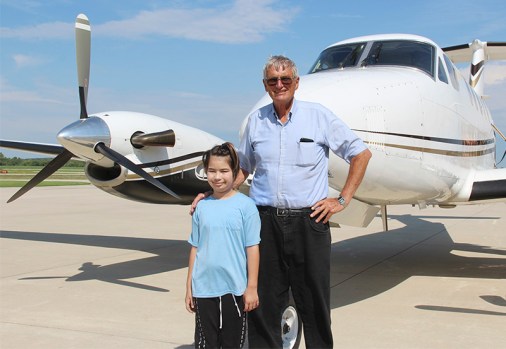 Albert Lea pilot Jim Hanson poses for a photo with Kiara Espinosa Saturday at the Albert Lea airport. Kiara got to sit in the right seat in the cockpit, and Hanson explained how the controls work, and that she could help fly. Since there was heavy rain just to the north of Albert Lea, with clouds above and clear to the south, Hanson decided to climb above the clouds—where the sun was still shining. He said it was a metaphor for life: “The sun tis still shining somewhere.” Though Kiara has good and bad days for her eyesight, Hanson said she told him she could see the clouds. Sarah Stultz/Albert Lea Tribune 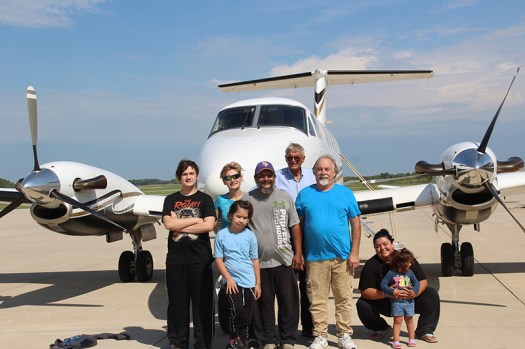 Kiara Espinosa, front, stands with family members, piilot Jim Hanson and Terry Smith, who contacted Hanson about Kiara's wish on Saturday outside of the plane after the ride. Sarah Stultz/Albrt Lea Tribune

Diagnosed with a rare mitochondrial disease in 2021, 11-year-old Kiara Espinosa had a wish to fly above Albert Lea.

Albert Lea Pilot Jim Hanson helped make that wish come true Saturday when he gave Kiara and a handful of her family members a ride over the city and surrounding area.