‘I would definitely do it again’: Emmons man served in Iraq, received purple heart after attack on Army living quarters 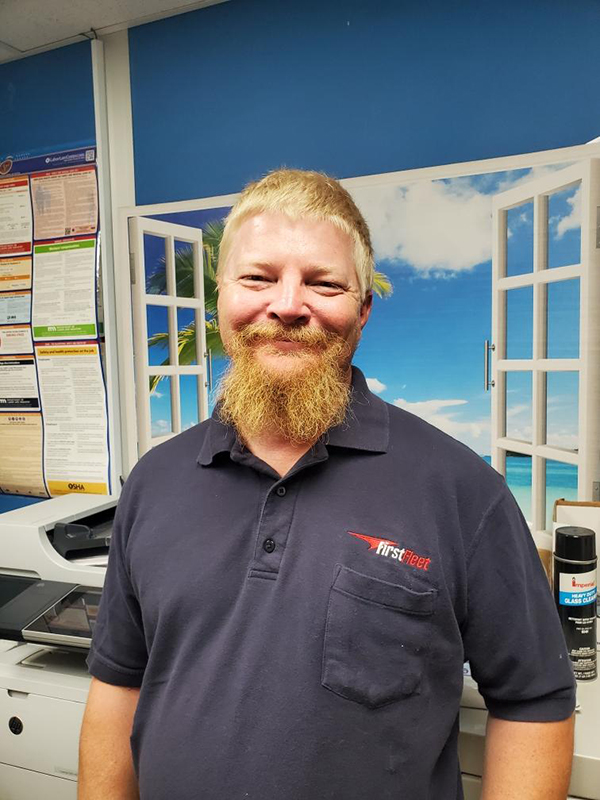 It has been about 10 years since Levi Anderson of Emmons served in the Iowa National Guard and about 18 since he was deployed to Iraq, but he’ll be the first to tell you’d he’d do it all over again.

“I wouldn’t take away a single second of any of it,” Anderson said.

He said his dad was in the Navy, and he initially joined because he wanted to serve like the other members of his family.

He had a friend from high school who had also joined, and he said it didn’t seem like a bad idea.

But while deployed on Logistics Base Seitz near Baghdad International Airport, he said one night just as the crew was winding down for the night, there was an attack on their living quarters.

He was hit by a piece of shrapnel, injuring his hand, and he believes there were 13 altogether who were injured that night, some more serious than his own injury.

No one was killed.

He said his wound was bandaged up until it healed, and he was able to stay in the country and continue his deployment. He estimated about three or four were sent home after that attack.

He and the other soldiers were awarded Purple Heart medals for their service, which are presented to service members who have been wounded or killed as a result of enemy action while serving in the U.S. military.

According to the National Purple Heart Hall of Honor, more than 1.8 million Purple Heart medals have been presented to service members since the origin of the award in 1782.

Anderson said he recalled a ceremony when the medals were given.

Though he is no longer a part of the military these days, he said he looks back on his time of service fondly.

“The biggest thing I miss about that is the people I served with,” Anderson said. “We were a pretty close group from the same area. A lot of us knew each other and still do.”

He recalled being with them one weekend a month and a few weeks out of the summer.

“I would definitely do it again,” he said.

He now works as a truck driver for a company called FirstFleet, traveling in the region, including Iowa, South Dakota, Minnesota and some of Wisconsin.