James (Jim) Earl Obermoller, age 76, died Wednesday, July 27th, at St. Mary’s Hospital in Rochester, MN. Jim was born in Worthington, MN on May 22, 1946, the only child of Earl and Viola (Peters) Obermoller. He graduated from Fulda High School in 1964. Jim served in the US Marine Corps from 1965 to 1969 during which time he served in the Vietnam War. 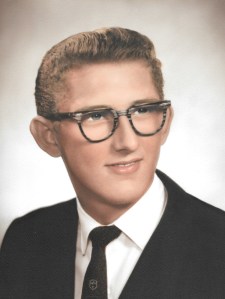 Jim was united in marriage to Penny Carlson on June 16, 1972. He worked for the MN State Department of Transportation for 32 years, retiring in 2004. Jim and Penny lived in Clarks Grove, MN. Jim enjoyed trapping, hunting, fishing, and a good practical joke. Those who knew him best described Jim as “pleasing, pleasant, and patient”.

Jim is survived by his wife of 50 years Penny (Carlson) Obermoller, his daughter Ivy Newman, his daughter Amber and son-in-law Elimelech Montalvo, and his grandson Mitchell Newman. Jim was preceded in death by his parents, Earl and Viola Obermoller and his granddaughter, Jasmine Newman-Evans.

At Jim’s request, no funeral or memorial service will be held.