After a failed attempt in 2020, Christopher Seedorf decided to make another run for a spot on the Albert Lea school board.

“I’ve been watching the last 10 to 12 years and see that there’s got to be a lot of changes,” he said. “Voices for the families [are not] being heard.” 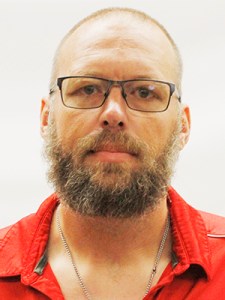 Seedorf described himself as a stay-at-home father with two grown children who went through the district, but has been on “a lot of boards and committees” and felt his familiarity with Robert’s Rules of Order and Parliamentary Procedure would help with his leadership skills.

He was also a store manager for 15 years.

“Being a stay-at-home dad, I research a lot of stuff and I went to over 20 school board meetings in Minnesota,” he said. “I sat there, took notes.”

He also took courses regarding leadership and school board policies, and felt his lack of administrative or teaching experience could be a benefit to the board.

“I research everything, put everything from the community to the parents to what they want,” he said. “When you get elected in the office, they’re the ones that are electing you in there so their input should be good,” he said.

Seedorf felt his fighting spirit would also be a benefit to the board, and described himself as a problem-solver.

His biggest concern within the district is mental health, saying though there were counselors there were “not enough,” and noted after talking to people with children in the district, those potential constituents want things changed.

“The school board right now … just basically [has] an agenda,” he said, and argued the board was not looking out for the best interests of families or students.

He emphasized how important it was for those students to have the same type of education as their peers.

Seedorf believes the current policies within the district do not work, and those in turn were negatively impacting academics.

“We got to roll our sleeves up and deal with a lot of stuff with mental health, counselors for these kids cause there’s a lot of stuff going on there,” he said.

He also felt drugs were prevalent in the district and wanted to deal with the problem.

“I’d like to see them bring back like a DARE program or some kind of drug program to help curb that,” he said. “There’s a lot of stuff.”

Another of his concerns, he said, was that he thinks high-ranking officials within the district did not necessarily work on behalf of the community who voted them into their positions and described them as having “an agenda.”

“They got to stand and take charge,” he said. “A lot of school board meetings and different stuff, [people’s] voices should be heard and they’re not.”

In fact, he said while the board should be making decisions based on information received from the community, parents and teachers, the board was not.

“If we all do it right, take all the information you get from the community, the families … and stand our ground, we can be a very strong district,” he said.

And he  wants to keep Critical Race Theory out of the classroom, something Mike Funk, the district’s previous superintendent, said was not being taught in schools.

If elected, he would like to help some of the district staff, including janitors and cafeteria workers.

“They work really hard, and they’ve asked for pay raises and they finally gave the janitors a pay raise after so many years,” he said.

He would also like teacher training in regards to student transitioning when they move from special classrooms to regular ones in order to prevent them from not being left behind.

“A lot of kids are struggling with behavioral issues and autism spectrum and that type of stuff and it’s not being looked at, they just want to pass them through,” he said.

Seedorf himself had experienced that problem, and said the district did not have anything available for his son, who had behavioral problems.

And he wanted to increase the district’s graduation rate.

And while there are changes he wanted to implement, he was not entirely critical of the current board.

“At times they’ve done a lot of good things,” he said.

He particularly liked their work in getting a football field built at the high school.

But he also wants board members to be held accountable for their behavior.

“We can really make a change,” he said. “We can make Albert Lea District #241 a very, very, very good district.”

Seedorf felt with the addition of a new superintendent now was as good a time as any for new people to serve.

“It’s a fresh start all around the whole board,” he said.

Speaking of the board, two more candidates — Shannon L. Cox and Kim Nelson — also filed for candidacy on the board as of Wednesday afternoon. That brings the total number of candidates filing up to seven. Four seats are open.