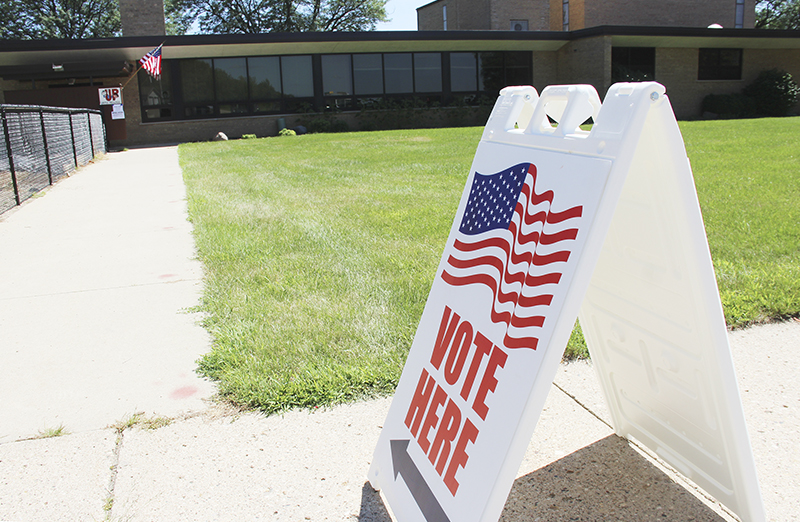 Walz was seeking his second term under the same “One Minnesota” slogan he used four years ago, but in an ever more polarized environment where Jensen and the GOP sought to turn his management of the pandemic against him.

Both men faced little-known or perennial candidates. In another top race, voters were choosing between two Republicans vying to take on Democratic Attorney General Keith Ellison in a fall race that may turn on views about public safety and abortion.

With crime rising in Minneapolis, as in other major cities across the U.S., Republicans have spent months attacking Walz and Ellison on public safety. They’ve blamed Walz for a sluggish National Guard mobilization they say enabled the sometimes violent protests that followed George Floyd’s killing in 2020, including arson that destroyed a police precinct.

Walz has dismissed “second-guessing” of his moves during the pandemic, which included closing schools, restaurants and businesses and restricting large gatherings during the worst periods, and hit back at Jensen, a physician and former state lawmaker who rose to prominence in part on his COVID-19 vaccine skepticism.

“You can have wishful thinking and you can hope that you know COVID wasn’t real and you can take ivermectin or whatever, but that is not where the facts are,” Walz said to Jensen during their first debate just a week before the primary.

Jensen has denied being anti-science, even as one of his vaccine-questioning videos on Facebook drew a cautionary label from the company and a temporary ban on advertising on the site.

Jensen has also gone after Walz on rising inflation, dismissing record-low unemployment as a “false metric” compared with the higher costs consumers are facing.

Walz has pledged to protect abortion rights in Minnesota, which almost immediately became an island for legal abortion in the Upper Midwest after the U.S. Supreme Court reversed Roe v. Wade. Jensen has downplayed the prospect of immediate change on abortion if he’s elected, but in July he softened his call for an abortion ban to allow exceptions for rape and incest and to protect the mother’s physical or mental health.

In the Republican attorney general primary, business attorney Jim Schultz won the party’s endorsement to take on Ellison. But Doug Wardlow, who narrowly lost to Ellison in 2018, was mounting a primary challenge against his own party’s wishes, dismissing “elites” atop the party. Both Schultz and Wardlow attacked Ellison for rising crime and for his support of abortion rights.

Wardlow is general counsel at MyPillow and an ally of its founder, Mike Lindell, a leading booster of false claims that the 2020 election was stolen from Donald Trump.