This was written and submitted before Minnesota’s primary election. I hope you exercised your right to  vote. This is a precious right that is under assault across our country. 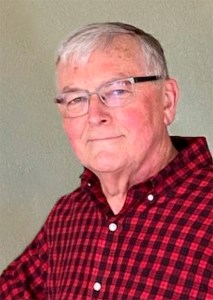 There have been other state primaries across the country. Kansas Republicans attempted to eliminate a women’s right to an abortion in the Kansas State Constitution. The attempt to eliminate women’s rights was overwhelmingly rejected by a 59 to 41% margin. And this in a solid Republican state!

The Freeborn County Fair has just wrapped up. This was a great opportunity to see the tremendous  projects of our 4-H and FFA members. You had a chance to meet and visit with your friends and  neighbors at the fair. There was a wide variety of entertainment at the fair. We can start looking  forward to next year’s fair.

You had an opportunity to meet the various candidates for public office at the fair. Hopefully you asked them their positions on issues that are important to you.

The Republican Conservative Political Action Conference (CPAC) was held in Dallas, Texas. Besides the typical domestic speakers, CPAC featured Hungarian Prime Minister Viktor Orban. Prime Minister Orban  has been systematically dismantling Hungary’s democratic institutions and free press. Hungary is the  only European Union country that has not assisted Ukraine in its defense from Russia’s brutal  aggression. Hungary has not allowed transport of defensive materials across its territory.

Orban delivered comments at an event in Romania in which he described how Europeans should avoid  mixing with non-Europeans as “we do not want to become peoples of mixed race.” One of Orban’s  longest serving advisers, Zsuzsa Hegedus, resigned because of the comments. Hegedus described  Orban’s speech as “openly racist” and “pure Nazi” and would have been enjoyed by Joseph Goebbels,  the chief propagandist for the Nazi Party between 1933 to 1945.

I can only imagine Republicans want to learn how to apply Orban’s playbook to their continuing assault on our democracy.

Joe Pacovsky of Hayward is a member of the Freeborn County DFL Party.