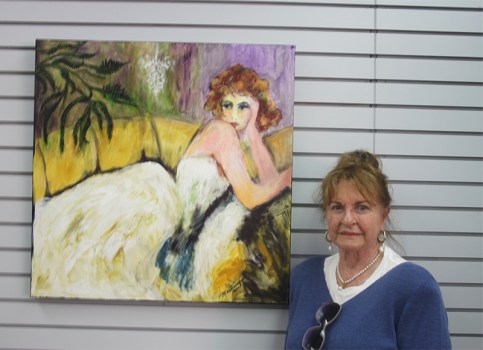 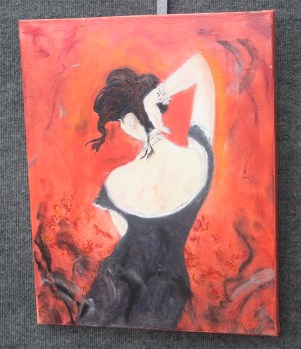 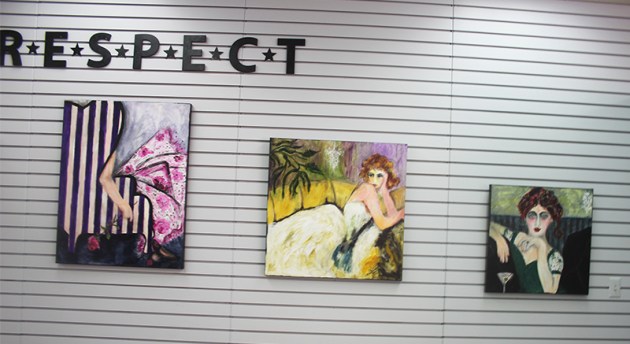 Artist Martha “Marty” Shepard has 23 pieces that will be featured at her show, RESPECT. Alex Guerrero/Albert Lea Tribune 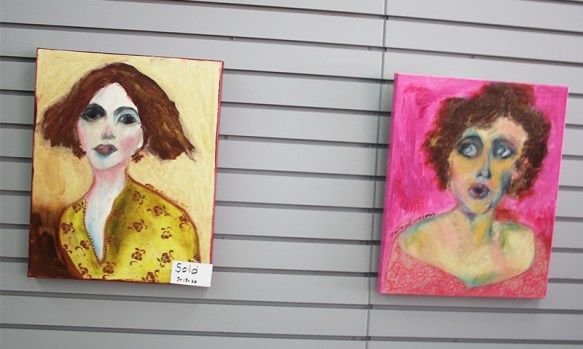 Shepard has always been interested in art, but really started painting after her retirement. Alex Guerrero/Albert Lea Tribune

Even with work being done on the roof of the building, the Albert Lea Art Center is preparing for a new artist this month, Martha “Marty” Shepard, who paints under the name Martiangelo. The new show is titled “R.E.S.P.E.C.T.,” also known as an Aretha Franklin song and will run from Tuesday to Sept. 17.

“This show is featuring the abstract figurative work that I do,” Shepard said. “I am focusing on women.”

The idea for the theme came about when a couple of the center’s members attended an event Shepard had at her studio, and after seeing pictures of women they felt it was appropriate to have a show now.

“They reached out to me because of that event I had at the studio and the fact that the women I was showing out there and the political situation today with women and their issues,” she said, referring to the recent Roe v. Wade decision.

According to Beth Tostenson, artistic director for the center, one of the reasons the center is featuring her work is because of those women’s issues.

“The community is involved in women’s issues right now, so we wanted her to be featured as an artist because all of her artwork is women,” she said.

Shepard described the pieces as being all abstract and figurative women. All artwork, 23 pieces in total, are a combination of oil pastel and acrylic paintings. She also said she had been in her studio for about five years, roughly the same amount of time it took her to create the exhibit.

And although she’s shown individual pieces at the center, this will be her first show.

Shepard, who admitted to not having any type of formal background in art other than one class in college on interior design, started developing a love for art when she was around 10.

But from 10 to 18, she actively participated in the rotation of different subjects, with one year serving as cooking, another as sewing and the final as home furnishing.

“Most of the art I studied was in the home furnishing section because we decorated rooms, we made place settings,” she said. “We did color schemes and we studied certain artists every year.”

After retiring in 2005 as dean of academic affairs at Riverland Community College and faculty emeritus, she ran into a friend who always wanted a studio and knew someone who had studio space to rent.

“[Carley Bailey and I] joined together and rented the space for a studio — that’s how that got started,” she said.

“We value Marty as an artist in the community, and we are honored to have her be a part of our gallery show,” Tostenson said. “She does excellent work and we’re thrilled to have her.”