Outstanding Senior Citizens of the Year named at fair 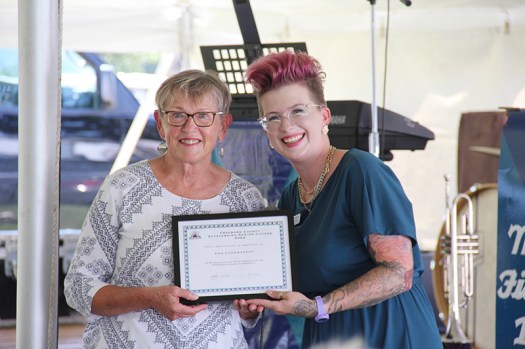 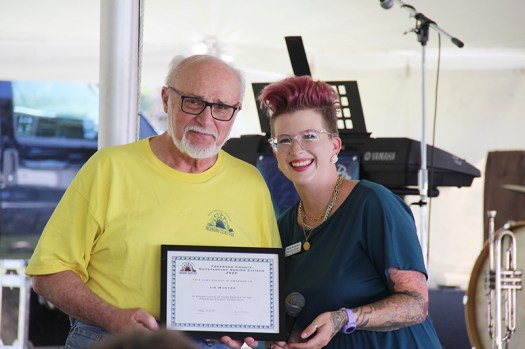 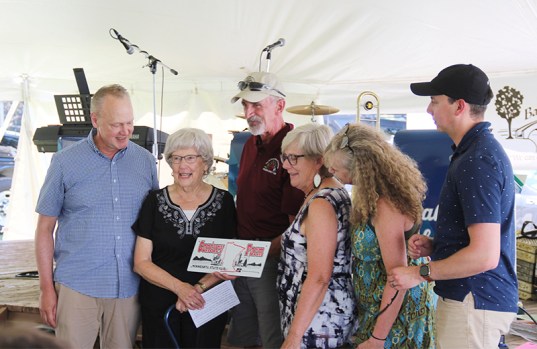 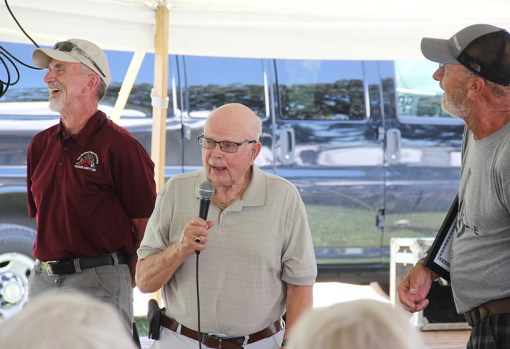 Paul Anderson was one of two inducted into the Freeborn County Agriculture Hall of Fame Wednesday at the fair. Sarah Stultz/Albert Lea Tribune 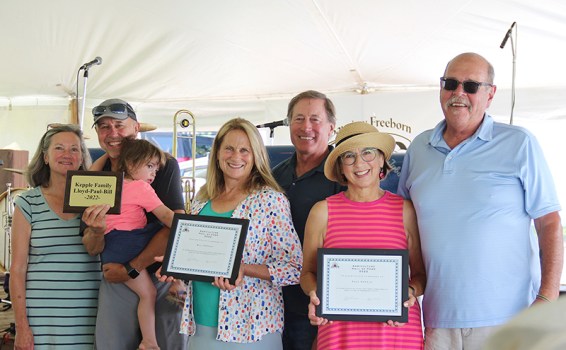 The Kepple Family was inducted into the Freeborn County Agriculture Hall of Fame Wednesday at the fair. Sarah Stultz/Albert Lea Tribune

Two Albert Lea residents who better the community were named Outstanding Senior Citizens of the Year Wednesday at the Freeborn County Fair.

Ann Goodmanson and Jim Munyer received the recognition during the annual ceremony at Entertainment Square on what has traditionally been known as Senior Day.

Goodmanson, who was nominated by Joanne Shelhamer, said volunteering was taught to her as a child from her mother and father.

“I’m honored and humbled to receive this award,” Goodmanson said.

Albert Lea Convention and Visitors Bureau Executive Director Holly Karsjens, who presented the award, said Goodmanson was recognized specifically for her role in the maintenance and upkeep of Higbie Gardens off of Minnesota Highway 13 in Albert Lea.

The nomination states Goodmanson, a former para educator for Albert Lea Area Schools, is the president and secretary of the Shades of Jade Garden Club and commits 10 to 12 hours per week on the upkeep of the gardens from spring to fall — a project that beautifies the city.

Shelhamer said in the nomination that though Goodmanson has a few volunteers to help, it is mostly her responsibility.

“The garden is a beautiful addition to our city,” she said, noting it has been used for wedding photos and is often visited by walkers coming through.

In addition to her work at the gardens, she volunteers at Trinity Lutheran Church on Wednesday nights handing out meals for those in need and has been an officer for TTT, which is an organization that sends disadvantaged girls to summer camp who would otherwise not be able to attend, the nomination stated.

Goodmanson is also a member of First Presbyterian Church and has many volunteer jobs there.

Kathy Oothoudt, who also submitted a nomination letter for Goodmanson, said Goodmanson is “quick to donate her support to fundraisers, directly benefitting our community often in a leadership role.”

Karsjens said Munyer received the award for all of his time and energy spent volunteering at the Freeborn County Historical Museum.

Stephanie Kibler, who nominated Munyer, said Munyer volunteers on a weekly basis at the welcome desk at the museum and will come in on short notice when they are in a bind. He is also a tour guide and Discover History mentor.

He volunteers an estimated four to eight hours a week through the museum and also serves on the board at St. John’s Lutheran Community, participates in the Civil War Roundtable and Albert Lea Education Foundation.

Kibler said Munyer, a former social studies teacher and counselor, is always ready to help — and with a smile. She said he is a great sounding board when there are problems and gives good tours at the museum.

“He encourages people to take their time through the exhibits and highlights areas that would be of interest to individuals based on his initial conversation,” she said. “He encourages membership and volunteerism. The staff see him as a mentor.”

In addition to the Citizen of the Year awards, other recognitions were given out for a new Century Farm in the county and for the Freeborn County Agricultural Hall of Fame.

Betty Lou Lyle, who still lives on the farm, shared history about the farm and said there had been 124 years of continuous farming in the Lyle name.

Inducted into the Freeborn County Agricultural Hall of Fame were the following:

• Paul Anderson, who farmed north of Lerdal and has been a consistent promoter of the dairy industry.

He helped get the ice cream barn up on the Freeborn County Fairgrounds, that now raises money to support the American Dairy Association, the Minnesota Dairy Promotion Council, a scholarship for the county’s dairy princess each year, dairy exhibitors at the fair and youth from the county showing dairy at the state fair.

He was named Outstanding Senior Citizen for Freeborn County in 2019.

“The fair has been part of my life ever since I can remember,” he said.

• The Kepple Family of Kepple Machinery, who have influenced agriculture in Freeborn County for more than 70 years. The family, starting with Lloyd Glenn Kepple and continuing with sons Paul and Bill, had implement dealerships on South Broadway originally, and in 1958, one moved to Clarks Grove where it became known as Clarks Grove Hardware and Implement.

Mike Gooden, who presented the award, said both Paul and Bill Kepple cherished the relationships they built with their farming customers and loved being part of the agricultural community in the county, working far past retirement age,

Lorraine Bakken, 97, was recognized as the oldest living 4-H member as part of the 100-year celebration of Freeborn County 4-H.

Look to the Tribune for more about 100 years of 4-H in future stories.