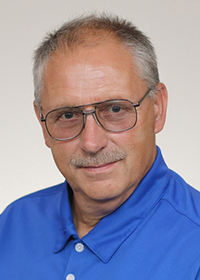 The Transportation Center of Excellence Awards are meant to publicly and meaningfully recognize great people and organizations who have the most tremendous impact on our state’s high-quality transportation-related education programs, according to a press release. The recipients are educators, advocates, supporters and industry partners, honored for their outstanding contributions to the field of transportation education.

Gladso came to Riverland Community College’s Automotive Technology program with a diverse and varied experience from many different fields that he has incorporated into his role as facilitator of student learning. Gladso believes that his role is more of a mentor and a coach for students than as a traditional teacher.

Gladso’s background includes growing up in Norway and working there as an intelligence officer for over 10 years. Olle has lived with his wife here in the U.S. since 1987 and attended college here as well. Having worked in proprietary schools before coming to Riverland, he firmly believes in the community college’s role and function in local communities. Gladso also believes that we cannot solve today’s transportation related problems, such as resource usage and pollution, using yesterday’s technology and that he is a strong proponent of newer technologies such as electric vehicles.

Being a strong believer in sharing knowledge, Gladso has written and co-authored several articles for trade magazines involving unique diagnostic methods and equipment as well as how to effectively and efficiently use them. Following the belief that knowledge should be shared he has been a frequent contributor to websites for professional technicians such as the International Automotive Technicians Network (IATN).

In addition to Gladso’s work in the classroom, he was an instrumental part of a grant team that recently secured Riverland Community College a $348,486 in grant funding from the National Science Foundation (NSF) Advanced Technological Education (ATE) program. The NSF-ATE funding will be used to support the “Educating Autonomous Vehicle Technicians” project being launched by the Automotive Service Technology program. Gladso will be the principal investigator  of the project.

Riverland and M State, along with Scott Swelland from Austin Ford, will develop curriculum, purchase equipment, participate in professional development and provide continuing education for the project under this NSF ATE funded program. This is Riverland’s first NSF ATE award as a lead agency.

“I’d like to congratulate Olle Gladso, for this well-deserved honor,” said Riverland President Adenuga Atewologun.  “His expertise, coupled with the grant opportunity to increase capacity for training Riverland students in Autonomous Vehicle Technology will be an invaluable training resource for enrolled students in our Automotive Technology program.”

Riverland Community College, a member of the Minnesota State system, is a community college that strives to transform lives through excellence in service, education, and career training. Approximately 4,500 students are served annually through a wide range of credit-based educational opportunities. Of those 55 percent are First Generation students and 26 percent are students of color. With campuses located in Albert Lea, Austin and Owatonna, Minnesota, Riverland may be found on the Internet at www.riverland.edu.

Minnesota State includes 26 community and technical colleges and seven state universities serving approximately 340,000 students. It is the third-largest system of two-year colleges and four-year universities in the United States.