School board candidate has experience in many levels of education

Even though he’s now retired, Gary Schindler has been involved in education for most of his life. 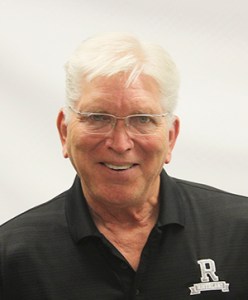 “I’ve been engaged with the school district up through this past spring through that concurrent enrollment program,” he said.

Schindler, who mulled the decision of whether to run for the Albert Lea school board for some time, was originally approached by members of the community who asked him if he would consider running.

“I talked to a school board member or two here in Albert Lea, District 241, and also I have a couple friends that are on the school board in Austin,” he said.

So he asked about the responsibilities and the challenges, and Schindler felt the district was in a good spot to provide an opportunity for leadership, especially for someone like him who already had a background in education at all levels.

Schindler, who taught for a decade in the kindergarten- through 12th-grade system as a social studies teacher, worked as a club adviser, coach and high school counselor,and  had been a college counselor and financial aid director before becoming dean of students. He has also been on the executive board for the Minnesota College Athletic Conference.

“I bring to the table all of that experience, which I think would apply,” he said. “It’s a good fit being on the school board.”

He also felt some of the skills he acquired at the community college were transferable to the role.

“I’ve served on a number of boards, currently for the museum and the Naeve Health Care Foundation and the Chamber Foundation,” he said. “I’m a Lions Club member, and I go around the area and I do historical lectures because I have a passion for that as well.”

And it was that plethora of skills he felt brought a unique perspective that could help the board.

Schindler, whose children went through the local school system and said his grandson will be a part of it in a few years, also volunteers “across the community.”

If elected, he said his goal was to bring high-quality instruction that lined up with the school model in the Minnesota Department of Education.

“I see that there’s a wealth of opportunity here for District 241, and they’re echoed by the new superintendent,” he said. “That to me is a motivator.”

He also appreciated Superintendent Ron Wagner’s use of data in analyzing and improving teaching and learning, something Schindler had a background in.

He emphasized the importance of providing and maintaining a safe learning environment.

“The superintendent has talked about his goals that are tied to a safe environment for learning for students, social and emotional development,” he said. “He’s made a reference to the social well-being of our students through relationships, and also developing the sense of community within the school district between teachers, administrators and staff, faculty and our students.”

He also admitted that with the opportunity there would be challenges, particularly when it came to hiring. He also did not like the level of disconnection within the community, something he felt was  brought on by COVID.

“Now with [COVID] becoming more manageable, I see us moving from a state of disconnect to connection, getting all the students back in school, getting them connected with their peers, their teachers, … even the custodians and the paraprofessionals,” he said. “All help in some way [to] influence that child in some way.”

Schindler would like to increase graduation rates, but his biggest goal would be expanding the district’s College in the Schools program.

“The focus of that has been liberal arts, which is fine, we need the liberal arts,” he said. “But as a school board member, I would like to explore opportunities of where we could have high school students earning career technical credits.”

According to Schindler, that idea has already been implemented in Rochester and Iowa.

“I think we could find a way to open up career technical education to more students,” he said. “… If a student at the high school is passionate about technical trades, it could include computer sciences for example, they might be at risk of dropping out. To earn some college credits in a career field they’re excited about would, to me, bump up our graduation rates.”

He also felt expanding the program could provide a way for a student to save money and earn college credits that could be transferred to another school.

“You have multiple generations in a way, you have folks that are engaged in the community in a big way, you have the business community represented on the school board,” he said. “And they’re caring people. I know most of the school board members, all of them are passionate about educating our kids. They’re also concerned about the mission of the district.”

At the same time, he felt there could be more diversity.

But ultimately, he saw the support of a child within a community as a four-legged stool.

“The first leg are the parents,” he said. “The second leg is the school district. That includes everyone from the maintenance worker, to the paraprofessional, to the teacher, to the administrator.”

His third leg was the community, which he noted was passionate about children.

“The first thing I heard when I moved to Albert Lea back in 1989 is that this is a community that’s passionate and cares about their young people,” he said. “I think that’s very, very true.”

And the fourth leg was the faith community, whatever that was for a family.

To stress that point, he pointed to his church’s work in developing a backpack program, which provides food for students in need over the weekend.

This is Schindler’s first time running for school board.

With the deadline for filing for a spot on the board passed, the total list of candidates include: