Another candidate is throwing his name into consideration for a position on the Albert Lea school board — Davy Villarreal, a born and raised resident who described himself as being “very familiar” with the district. 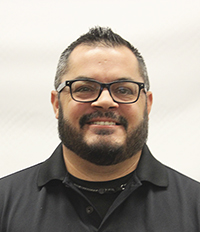 “I want to be the voice, somebody who gets heard on the board,” he said. “I know that there are a lot of people who are in my shoes, last year, two years ago, when decisions were being made that had opinions, had thoughts, had ideas, and maybe they weren’t being heard.”

This was a decision Villarreal was considering for the last year or two, especially when COVID-19 started impacting the district.

“We saw the decisions being made, especially with distance learning, whether or not children were allowed to return back to school, what the decisions were on when they can, limitations and stuff like that,” he said.

And Villarreal felt that because decisions were made, that left some parents unable to work.

“I think over the last probably three years, it’s not a secret that the Albert Lea school board has kind of been talked about a lot and been brought up a lot to the public,” he said.

And he felt now was as good a time as any to run.

“I’m not coming into this with big ideas and big changes that I want to make,” he said.

His biggest goal is to be a voice for anyone and be a person others could talk and relate to, and does not plan to flip things around.

He’d also like the board to listen to residents and said being heard was important.

“I’ve heard in the past that sometimes public forums will come up and they’ll limit people’s questions or comments on what they’re allowed to say and how much time they have,” he said. “Even if something like that can’t be done necessarily in a public forum, again, I want to be there and you can communicate with me.”

He would also like to expand speaking time during public forums.

That’s not to say he was entirely critical of the board, and said with the board leaning more into social media, the general public liked it, particularly parents.

“If they can see something on Facebook where a board member asks a question, or in the paper, especially now … the Tribune is on Facebook and online, people can communicate that way, they can contribute to the polls, I like that they’ve started leaning that way,” he said.

“I feel like being on the board, if I’m on there, I can stand up, I can be that voice that says, ‘Hold on now, if you make this decision now (not) just the child are being affected … but … so are the parents and the adults,’ and that’s what I want to be there for,” he said.

Villarreal studied elementary education and stressed being involved with schools was “a big part of my life.”

“I volunteer a lot of time at Hawthorne Elementary, I help out there whenever I can,” he said. “The teachers, if they ask for help if it’s parties or end of the year programs, I jump up and help as much as I can.”

He also felt working in real estate, talking with people every day and answering their questions, could help.