School board candidate to advocate for parents’ rights in education

After people requested he run for a spot on the school board, Ryan Quigley, lead senior pastor at Albert Lea Assembly of God Church, filed for candidacy. 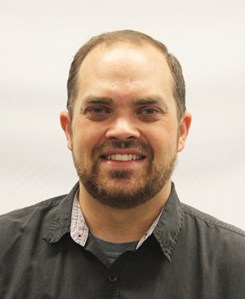 “A couple people in the community came and actually asked me if I’d be willing to run based upon my values and what I’ve done before,” he said.

He decided to run back in March or April.

He said that with all the turmoil over the last year — with what parents realized their students were being taught at school and with COVID-19 — it was time to listen to parents and support them.

“The things that they were objecting to, [Critical Race Theory], sexualization of minors,” he said.

And that’s what he wants — parents to have the say in their child’s education.

“The thing that’s important, why children are so important, children do not belong to the schools, they do not belong to the communities,” he said. “The ultimate authority on a child’s life is their parents, and so we better need to listen to those parents and take their expressions instead of calling them names or making fun of these individuals, realizing that we are there to support them and help them and make them a priority in their child’s life.”

To that effect, he said the board should become a buffer between families and educational rules.

And he argued that communities were lost when outside bodies governed them.

Quigley has served on multiple boards, including as leader of the board at Albert Lea Assembly of God.

“I’m also on the board for other missions groups across the state, and so I can take the relationships and the attitudes that function with those and apply those to working together as a team with the board here at the school district,” he said. “I’ve led many groups and many individuals, and as a minister, as a pastor in this community, I have students in our church that attend the public schools.

“I value their families and their family unit and making sure that they’re a priority as well.”

If elected, Quigley said his top priority is to gain the respect of the team and community.

To that effect, he wants the board “to function with its proper authority” while at the same time having “the community at large” behind them.

He also said parents were objecting to books their children were bringing home from school, referring to an elementary student who was recommended the book “Melissa” by Alex Gino, which he felt was “very adult material” for a minor. “Melissa” was previously published as “George” until earlier this year and is about a transgender girl.

He did not want teachers teaching sexuality when students were not learning about the alphabet, how to count and to do basic math or basic history.

“Instead of core subjects we’re teaching them other things,” he said.

If elected, he also wanted to listen and learn about the other members of the board.

“It’s one of those things where sometimes we try to rush and push through things, instead [of using] patience to look at all sides of the issue and making sure that we are also held accountable by the parents and by the voters.”

Quigley liked that the current board had people from different backgrounds but all cared about the community and families.

“Regardless if we’re going in different directions, you have that common theme of, ‘We care about our community,’ and that is a great position to start from,” he said.

At the same time, he thought the respect between members needed to change, and he wanted to bring back “some of the authority the board had delegated away.”

“What if we brought some of those authorities back to the board so that when the parents come and say, ‘Hey, this is a concern of mine,’ instead of the board’s response in saying, ‘We delegated that authority away,’ well now the board does have the authority to handle those things,” he said.

Quigley, a father of three, was elected at Albert Lea Assembly of God in February 2018, and has over 15 years of youth ministry experience.