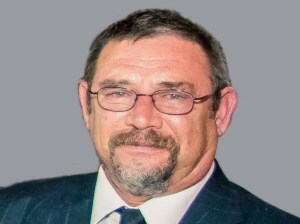 Steve grew up in Albert Lea, MN where he graduated from high school in June 1978. He then married his high school sweetheart Carol (Buland) the following September. Steve enjoyed working for many years as a bus driver, where he was able to drive his kids’ activities and trips. Steve and Carol took many opportunities to chaperone and be a part of the youth group at North Freeborn Church, specifically showing their love for giving back, being active, and the outdoors. Steve went back to college a little later in life; graduating with a BS from the University of Minnesota – Mankato in (Aug 1996) with a major in Park and Recreational Management and a minor in history. Steve’s love for nature led him down the path of Forestry, working multiple jobs for the Army Corps of Engineers and U.S. Fish & Wildlife Service. In 1999, Steve then took his position as a Range Support Technician at the Joliet Army Training Center leading him to relocate to Joliet, IL. Six years later, Steve changed positions to Range Maintenance Mechanic which allowed him to be outdoors daily. Steve was set to retire from the Training Center September 1st.

Steve will be remembered for many things, but maybe the two cornerstones that stand out are his love for his family, and his absolute love for being outside in nature. As a coworker described, Steve’s faith and spirituality was never more obvious than when he talked about seeing wildlife and being around God’s beautiful creations. Steve took multiple trips to the Boundary Waters Canoe Area, as a chaperone, a worker, and with family. He was also an avid hunter, often known for taking the first deer of the season. Steve and Carol enjoyed taking multiple cruises with family or by themselves to see nature in new areas. His love for the outdoors was only second to his love for his family. Steve’s favorite thing was sharing his love and knowledge of nature with his kids & grandchildren. Steve was always right there to help with any project or for someone in need. Steve will always be known as a guiding light.

Funeral service with honors for Steve Jones will be held at 11:00 am on Saturday, August 6, 2022 at Messiah Lutheran Church, 40 Houbolt Rd. Joliet, IL with a luncheon to follow. Visitation will be from 10:00 am – 11:00 am. You can also watch the service online at mlcjoliet.org. Interment will take place at a later date. For information call (815) 341-0606 or visit his book of memories at farkasfuneralhome.com. In lieu of flowers, please donate to Lightways Hospice Home (lightways.org) in Steven’s name.