‘A big shock to the whole town’: Area residents respond to news of Larson Manufacturing closure 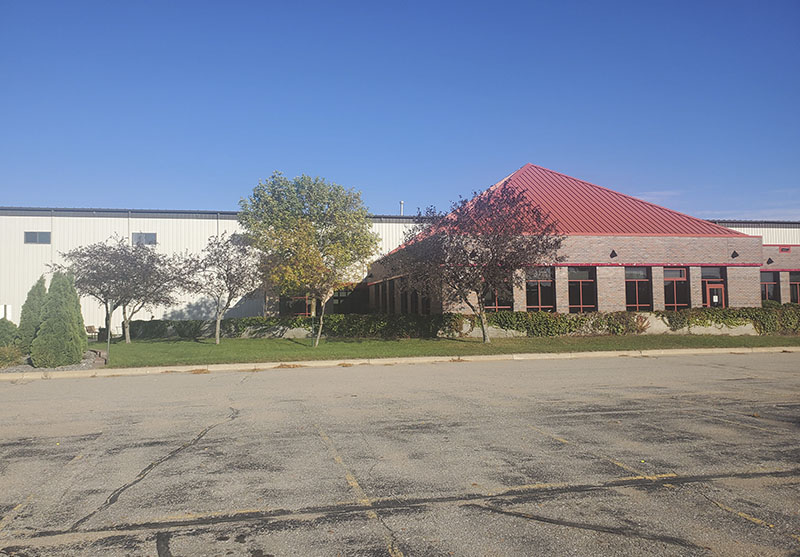 After being a mainstay in Lake Mills for many years, Larson Manufacturing announced it will close its doors in the city. The company employed about 200 people. Michelle Rasmussen/Albert Lea Tribune

Lake Mills residents and others in the region are grappling with the announcement made Tuesday afternoon that Larson Manufacturing will close its plant in the community.

The company told employees Tuesday and said the decision was based on “continued efforts to mitigate external economic risks, an assessment of the industry and the evolution of the organization to best align with its growth strategy,” according to a statement from Fortune Brands, Larson’s parent company.

“This decision is not a reflection of the skills of the workforce,” the statement said.“Rather, this is an opportunity to strengthen the organization and solidify the long-term value of the business.”

About 200 people were employed at the Lake Mills site, the company said. Factories are also being closed in Senatobia, Mississippi, and Grand Prairie, Texas.

Founded in 1954 and previously family owned, Larson Manufacturing has long been a leader in storm doors and windows. It was purchased by Fortune Brands in December 2020.

“It’s very sad for the employees,” said Lake Mills City Clerk Diane Price Wednesday morning. “A lot of them — it was their life.”

She said aside from the impact on employees, the closure of the plant will be “a huge hit” to the city of Lake Mills’ general fund, through revenue from property taxes and utilities.

And residents say they are worried the closure will have a trickle-down effect on the whole community.

“It’s going to affect the entire town,” Lake Mills resident Ryan Fjelstad said. “Businesses will be affected, the housing market, the school — everything. It’s a big shock to the whole town.”

Fjelstad said he had worked at Larson for about 29 years on first shift in a variety of departments, ranging from entry level assembly to production specialist and most recently machine specialist. His last day was Sept. 15 when he left the job because he is battling cancer.

He said he used to love the job and described it as “absolutely the best place to work” when it was family-owned. But things changed with the new ownership.

“A lot of us kind of expected that, just the way we felt,” Fjelstad said. “The mood in the whole place was down. We kind of expected something like this to happen, just not like that — not without warning.”

“We helped build the Larson brand up,” Fjelstad said. “Then this other company took over, and you’re just nothing.”

He said many people are upset about how the closure of the plant was handled. He is also worried about the families that had two parents working at the plant who no longer have a job.

Albert Lean Jamie Weller said she started working for Larson Manufacturing in February in Lake Mills and only about two months ago had transferred up to the Albert Lea site.

She said she drives a Tahoe and it was getting to be expensive driving from her home to Lake Mills. They were also not regularly putting in 40 hours a week.

Weller said she had a feeling that the Lake Mills plant would close after taking part in quarterly meetings that the company was way below what it had projected to sell. With prices increasing, she said people aren’t spending the money they used to on new doors.

When she was brought in to a meeting Tuesday in Albert Lea and heard the announcement, she said she felt guilty that she still had her job.

Weller said she and her co-workers in Albert Lea are also worried now about their own jobs as they go into the future.

“There was no warning — none,” she said. “I get that it’s a business, but just normally there’s a little warning … I think it’s devastating.”

Amanda Shoff worked in human resources through the corporate team and was stationed out of the Albert Lea distribution center site. She had worked for the company for three years and had assisted with Human Resources at the Lake Mills location and other company sites.

She said she knew that some changes were in the works, but she had no idea of the magnitude. Along with all of the Lake Mills employees, she also lost her job.

“We were under the impression there were going to be changes higher up in Fortune Brands companies …” she said. “For them to walk in and lay us all off was a complete shock. The employees in Lake Mills were not expecting this at all.”

In addition to the three plants that will close completely, Shoff said she also heard of other people across the country at other locations who lost their jobs.

The company stated the Albert Lea Central Distribution Center will remain open and that no changes are anticipated there.

“It’s disappointing the way it was done, but I do understand the business decision they had to make,” she said. From her understanding, the closure was tied to the economy.

She said she was offered a severance and benefit package and that the company offered its employee assistance program. Shoff said she has already started applying for a new position and is praying that everyone will be OK.

Despite the devastation of the announcement, she said she has been amazed by the calls of her fellow employees checking in on her.

“I wish everyone the best,” she said. “I hope that everyone can get out there.

“Right now, the silver lining to this is there are other businesses out there that really need help. There was a good group of people let go yesterday, and I really do have faith they’ll be able to get into the community and help other companies stay strong.”