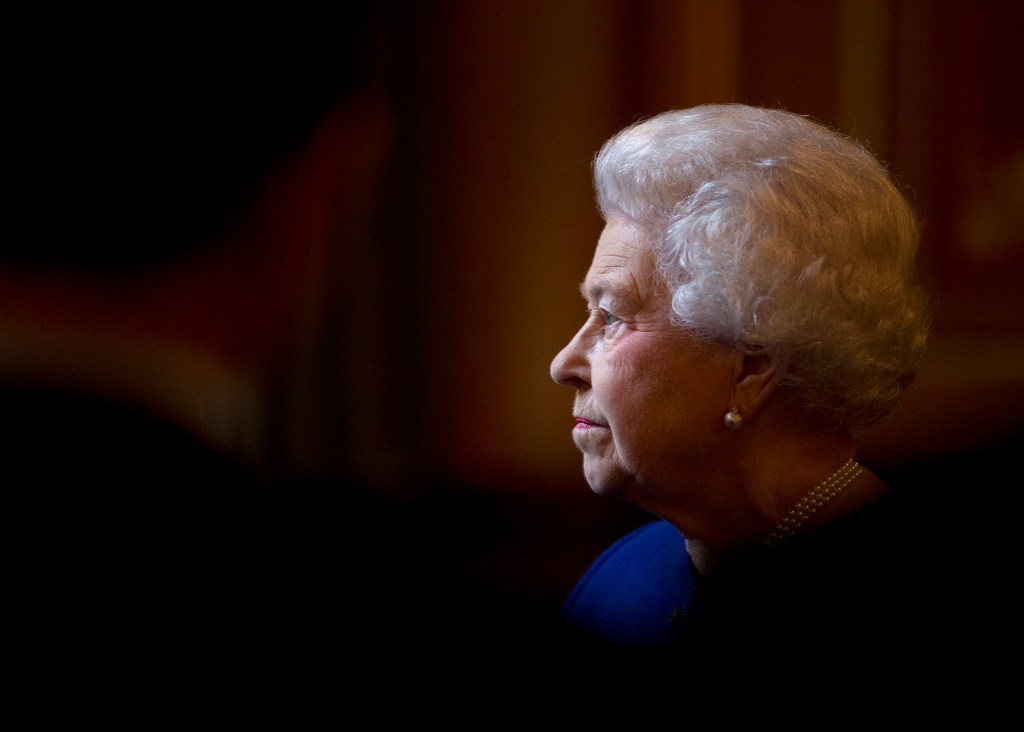 In this Dec. 18, 2012 file photo Britain's Queen Elizabeth II escorted by British Foreign Secretary William Hague, unseen, tours The Foreign and Commonwealth Office during an official visit which is part of her Jubilee celebrations in London. Queen Elizabeth II, Britain’s longest-reigning monarch and a rock of stability across much of a turbulent century, has died. She was 96. Buckingham Palace made the announcement in a statement on Thursday Sept. 8, 2022. (AP Photo/Alastair Grant, Pool, File)

LONDON — Bells tolled across Britain on Friday and mourners flocked to palace gates to honor Queen Elizabeth II as the country prepared for a new age under a new king. Around the world, her exceptional reign was commemorated, celebrated and debated.

King Charles III, who spent much of his 73 years preparing for the role, planned to meet with the prime minister and address a nation grieving the only British monarch most people alive today had ever known. He takes the throne in an era of uncertainty for both his country and the monarchy itself.

As the country began a 10-day mourning period, people around the globe gathered at British embassies to pay homage to the queen, who died Thursday at Balmoral Castle in Scotland.

In London and at military sites across the United Kingdom, special guns fired 96 shots in an elaborate, 16-minute salute marking each year of the queen’s life.

In Britain and across its former colonies, the widespread admiration for Elizabeth herself was occasionally mixed with scorn for the institution and the imperial history she symbolized.

On the king’s first full day of duties Friday, he left Balmoral and flew to London, where he was expected to meet Prime Minister Liz Truss, appointed just this week.

He arrived at Buckingham Palace, the monarch’s London home, for the first time as sovereign, emerging from the official state Bentley limousine to shouts from the crowd of “God save the king!” and “Well done, Charlie!” and the singing of the national anthem, now called “God Save the King.” One woman gave him a kiss on the cheek.

In the evening, he was scheduled to deliver his first speech to the nation as king, at a time when many Britons are facing an energy crisis, the soaring cost of living, the war in Ukraine and the fallout from Brexit.

As the second Elizabethan Age came to a close, hundreds of people arrived through the night to leave flowers outside the gates of Buckingham Palace and other royal residences. Some came simply to pause and reflect.

Finance worker Giles Cudmore said the queen had “just been a constant through everything, everything good and bad.”

At Holyrood Palace in Edinburgh, mourner April Hamilton stood with her young daughter, struggling to hold back tears.

“It’s just such a momentous change that is going to happen,” she said. “I’m trying to hold it together today.”

Everyday politics was put on hold, with lawmakers paying tribute to the monarch in Parliament over two days, beginning with a special session where Truss called the queen “the nation’s greatest diplomat.” Senior lawmakers will also take an oath to King Charles III.

Meanwhile, many sporting and cultural events were canceled as a mark of respect, and some businesses — including Selfridges department store and the Legoland amusement park — shut their doors. The Bank of England postponed its meeting by a week.

Archbishop of Canterbury Justin Welby said, “A part of our lives we’ve taken for granted as being permanent is no longer there.”

But while Elizabeth’s death portends a monumental shift for some, day-to-day life in Britain went on in other respects, with children in school and adults at work, facing concerns about inflation.

Later Friday, Truss and other senior ministers were expected to attend a remembrance service at St. Paul’s Cathedral in London. Charles, who became the monarch immediately upon his mother’s death, will be formally proclaimed king at a special ceremony Saturday.

After a vigil in Edinburgh, the queen’s coffin will be brought to London, and she will lie in state for several days before her funeral in Westminster Abbey.

Elizabeth was Britain’s longest-reigning monarch and a symbol of constancy in a turbulent era that saw the decline of the British empire and disarray in her family.

The impact of Elizabeth’s loss will be unpredictable. She helped stabilize and modernize the monarchy across decades of enormous social change, but its relevance in the 21st century has often been called into question. The public’s abiding affection for the queen had helped sustain support for the monarchy during the family scandals, but Charles is nowhere near as popular.

Like many, she referred to Elizabeth as a grandmother figure. Others compared her to their mothers or great-grandmothers.

But around the world, her passing revealed conflicting emotions about the nation and institutions she represented.

In Ireland, some soccer fans cheered.

In India, once the “jewel in the crown” of the British empire, entrepreneur Dhiren Singh described his own personal sadness at her death, but added, “I do not think we have any place for kings and queens in today’s world.”

For some, Elizabeth was a queen whose coronation glittered with shards of a stunning 3,106-carat diamond pulled from grim southern African mines, a monarch who inherited an empire they resented.

In the years after she became queen, tens of thousands of ethnic Kikuyu in Kenya were rounded up in camps by British colonizers under threat from the local Mau Mau rebellion. Across the continent, nations rejected British rule and chose independence in her first decade on the throne.

She led a power that at times was criticized as lecturing African nations on democracy but denying many of their citizens the visas to visit Britain and experience it firsthand.