Darla Jean Beighley passed away at the age of 80, on Sunday, September 18, 2022, at Mayo Hospital in Mankato, MN where she spent her final days surrounded by her family. 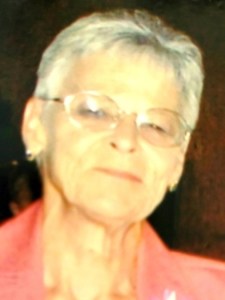 Darla was born on November 13, 1941 in Albert Lea, MN to Clarence and Ruth (Anderson) Bridley.

Darla was the youngest of 3 children, having a brother, Dwaine Bridley and a sister, Darlene (Bridley) Doughty. She grew up in Gordonsville, MN, but also lived in Oceanside, CA, Northwood, IA, Albert Lea MN, and Ellendale MN. She spent her life working in many fields and jobs and furthered her education and graduated with a Lab Technician degree from Riverland Community College in Albert Lea, MN. Darla was the best at caregiving and did this for her entire family and found a career in it for many years.

Darla enjoyed music, both singing and playing instruments. She was self taught and very talented at the piano, guitar and accordion. She enjoyed embroidering, cooking, puzzles, coloring and especially baking. She was infamous for some of her goodies, like fudge, homemade donuts, rhubarb cake, jelly rolls, and any cookie she baked was heavenly. She also loved pets and had many different ones over the years, but her cat, Cody, will miss her very much, they were best friends. Darla had a great sense of humor and her laughter would fill a room and everyone’s heart in the room. She loved joking with everyone, especially the great grandchildren.

Darla was preceded in death by her parents, brother and sister.

Funeral service for Darla will be held Saturday, September 24, 2022 at 11 AM, Northwood United Methodist Church in Northwood, IA: Pastor Rob Lanphere will officiate. Visitation will be held one hour prior to the service on Saturday, from 10 AM to 11 AM.