Funeral Mass will be 10:30 A.M. Thurs. Sept. 22, at St. Cecelia Catholic Church in Algona, IA. Visitation will be held Wed. Sept. 21, from 5-7 P.M. at Oakcrest Funeral Services in Algona, IA.  Donald John “DJ” Von Bank, Jr. was born September 13, 1982 in Algona, Iowa, the son of Donald and Sandi (Shillington) Von Bank. He grew up in Algona where he attended school and graduated from Bishop Garrigan High School in 2001. DJ worked at Fareway through high school and after his schooling he began working at Hormel. 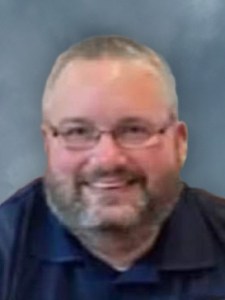 On May 29, 2003, DJ was united in marriage to Heather Clinton. After their marriage they lived in Algona and where they raised their children Austin and Zoey. They later divorced.

DJ continued to work at Hormel and became a Union Representative and later the President for Local 6 that later merged and became the Local 1155 United Food and Commercial Workers International Union and he began working in Fort Dodge and in June of 2013, moved to Albert Lea, Minnesota. He was currently working as a Bargaining Representative for Local 1155.

DJ loved his kids and would do everything he could to be at any of the events they were involved in. He enjoyed fishing, hunting, trapping, riding ATV, bowling, golfing, spending time at the Fountain Lake in Albert Lea and was an avid Minnesota Vikings fan.

He is survived by his children, Austin and Zoey, both of Algona; parents, Donald and Sandi Von Bank of Algona; maternal grandfather, Bob Shillington of Algona and many aunts, uncles and cousins.

He was preceded in death by a stillborn sister, Brittany; paternal grandparents, Fritz and Anna Marie Von Bank; maternal grandmother, Betty Shillington and an uncle, Bruce Shillington. Condolences may be left at www.oakcrestfuneralservices.com.