Guest column: Gathering with other Ukrainians in Minneapolis 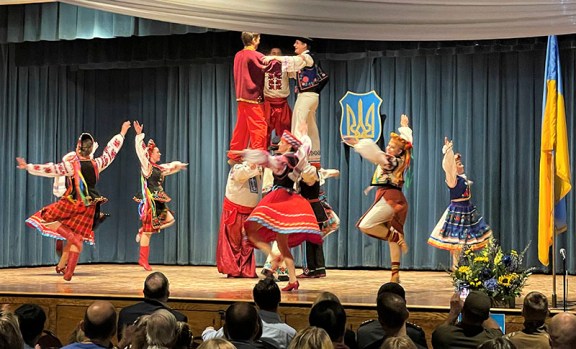 The Ukrainian Heritage Festival featured dancing, among other activities. Provided 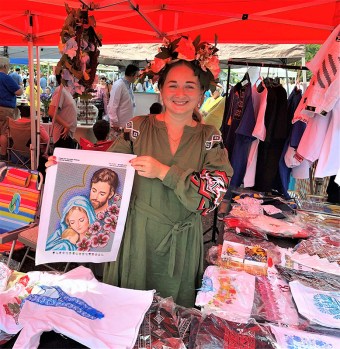 A vendor at the Ukrainian Heritage Festival showcases some of her items for sale on Saturday in Minneapolis. Provided

Although I do not like to do it, I will paraphrase the ruthless, murderous dictator Vladimir Putin. Putin has said on multiple occasions that Ukrainians and Ukraine does not truly exist and that they do not really have a genuine culture or traditions. 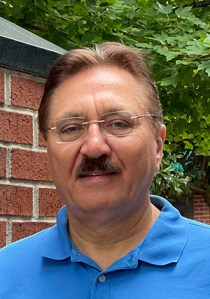 And yet, there they were on full display in song, dance, dress and language at the annual Ukrainian Heritage Festival this past Saturday, Sept. 17 in Minneapolis.

My wife, Kathy, and I are first-generation born Americans of Ukrainian descent, and  have spent the last six months following the news about Russia’s illegal invasion of Ukraine. We finally had some good news with the Ukrainian army’s recent successful counteroffensive in Kharkiv. Although both of us consistently hear encouraging words from our friends and neighbors in Albert Lea, we were ready for some Ukrainian cultural immersion.

The grounds at the Minneapolis Ukrainian Event Center were packed with Ukrainians and non-Ukrainians alike. The festival had everything Kathy and I were looking for. Live Ukrainian music was emanating from an outdoor stage.  The Ukrainian language was readily heard amongst the festival attendees and vendors. The many vendors were selling everything from jewelry, Ukrainian embroidery to traditional Ukrainian foods, such as varenyky. I purchased a Ukrainian language medical text from a book vendor who arrived from Chicago.

One of the highlights were the presentations of support for Ukraine by various elected officials. Sen. Amy Klobuchar was the first to take the stage.  She enthusiastically gave her support to Ukraine in its struggle for freedom. There was a standing ovation when she said: “The war in Ukraine is not only a crisis for Ukraine, it is a crisis for democracy. That is why America stands with Ukraine.” True emotion could be readily heard in Senator Klobuchar’s voice as she spoke of her recent visit to Bucha in Ukraine. Bucha was the first city where Russia’s inhumane atrocities of civilians was discovered. Unfortunately, with the recent liberation of the Kharkiv region, more such mass graves of tortured innocents are being uncovered.

Other presenters included Lt. Gov. Peggy Flanagan.  She spoke of Gov. Tim Walz, who with the unanimous approval of the state Legislature, passed a bill to divest Minnesota from any business dealings with Russia and Belarus. Finally, Minneapolis Mayor Jacob Frey spoke about his grandparents who were Ukrainian.

Also present were five Ukrainian soldiers who are here in Minnesota to receive artificial limb prosthetics.  There are a total of 400 soldiers, civilian adults and children who are on a list to receive these prosthetics in the future. I had the opportunity to speak to one of these soldiers. Mykola Enayko has been in the military fighting the Russians since their initial invasion into Ukraine in 2014. He is proud to have defended Ukraine and is thrilled about his new lower limb prosthetic. When I asked if America is truly helping enough, he wanted everyone to know that without America’s help, Ukraine’s independence and its people’s freedom would no longer exist.