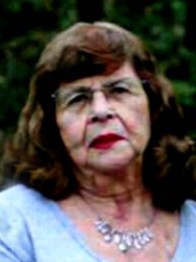 Born on January 14, 1943, in Albert Lea, she was a daughter of the late Kenneth and Wilda (Nelson) Van Riper. On June 24, 1961, in Albert Lea, Janice was united in marriage to John “Sonny” Van Wilgen. Together the couple raised five children and co-founded Van Wilgen Farm Drainage Company.

Strong in her faith, Janice was a longtime member of the Conservative Congregational Church in Hollandale and regularly attended Sunday services and Bible Study. Janice enjoyed traveling throughout the United States, making unique greeting cards, sewing, and quilting. With an unwavering love of family, her greatest joy came from spending time with her grandchildren, especially during holiday gatherings.

In addition to her parents, Kenneth and Wilda Van Riper, Janice was preceded in death by a son-in-law, Lawrence Deml; a brother-in-law, Gene Van Wilgen; and a sister-in-law, Kathy Van Riper.

A memorial service will be held at 11AM on Friday, September 16, 2022, at Bonnerup Funeral & Cremation Services in Albert Lea. The family will receive friends at visitations to be held from 4-6PM on Thursday, September 15, 2022, at the funeral home and one hour prior to the service on Friday.