Law enforcement responds to Albert Lea High School, other schools in region for prank calls of an active shooter 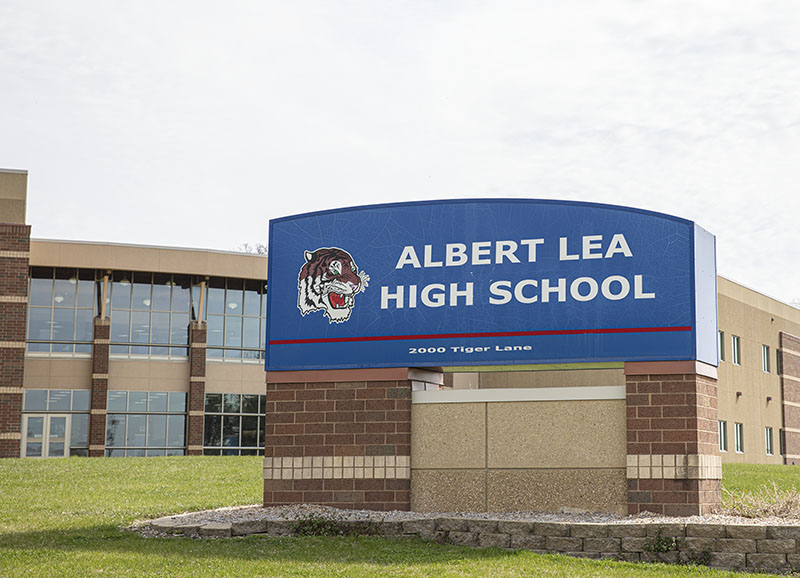 Following the call, the high school went into a soft lockdown, and local law enforcement responded at approximately 10:55 a.m., a press release stated. Visitors were not permitted into the building, while students continued their school day as normal. The additional law enforcement presence remained on-site.

“I think just the impact of this across not only the city of Albert Lea but in Austin, Rochester, and how one phone call impacts a school and the importance of practicing safe measures and mitigation strategies and being in sync with your local law enforcement is essential,” said Ron Wagner, the district’s superintendent.

Wagner was notified of what had happened while attending a Big 9 meeting with other superintendents, principals and athletic directors.

He said during the meeting Chris Dibble, the high school principal, found him and reported what happened.

“We were all in collaboration, and it was a centralized phone call at the high school,” he said. “Then I worked with our communications here at the central office to ensure that we were able to get a clear message out to families.”

Wagner admitted he experienced some anxiety during that time, but he would not call it panic.

“It’s relying on your procedures that you have in place to ensure the safety and the protocols,” he said. “That’s why we practice our emergency [plans].”

The district released a statement on their website which read, “Student safety is our top priority at Albert Lea Area Schools. We value and appreciate our support from Albert Lea Police Department and Freeborn County Sheriff’s Department and will continue to partner with them to ensure the safety of our students and staff members.”

According to a Minnesota Public Radio News article, the hoax calls in southern Minnesota, part of a series of calls across the country, were reported at Rochester Lourdes High School after police said a call came in just after 10 a.m. of a report of someone with a gun. Other calls were reported at Mankato West High School, Cloquet High School and Austin Public Schools.

In a 11:30 a.m. news conference in Rochester, police said they were working to find who made a hoax call at Rochester Lourdes High School and knew it came from a real person using an internet phone number with an out-of-state area code.

The article stated “police said the caller could be charged with filing a police report or something more serious if they made multiple calls.”

The Minnesota Department of Public Safety’s Bureau of Criminal Apprehension described the calls as “swatting,” which involve making prank calls to law enforcement in an effort to bring a large law enforcement response to a particular address.

“This is just a despicable act to put at risk the lives of everyone,” said Olmsted County Sheriff Kevin Torgerson at the conference. “It just really makes me sad… that somebody would be willing to do this and cause that kind of grief.”