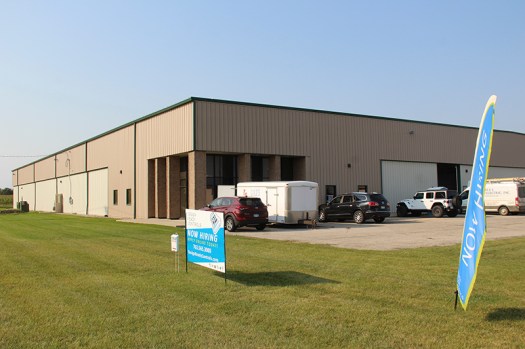 Design Ready Controls is looking to hire 30 to 40 employees by the end of the year and hopes to add another 100 over the next two to three years. Sarah Stultz/Albert Lea Tribune 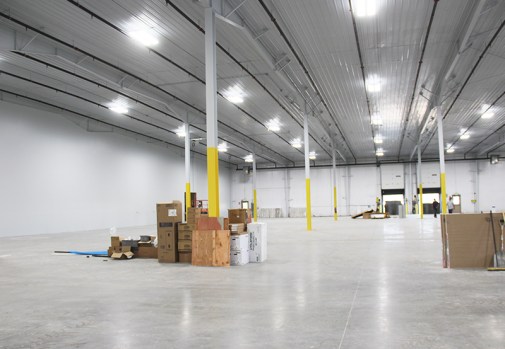 The new Design Ready Controls building will be in the building owned by the Albert Lea Economic Development Agency at the corner of Margaretha Avenue and 14th Street. Sarah Stultz/Albert Lea Tribune 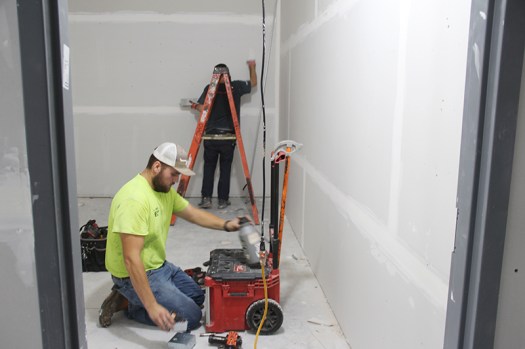 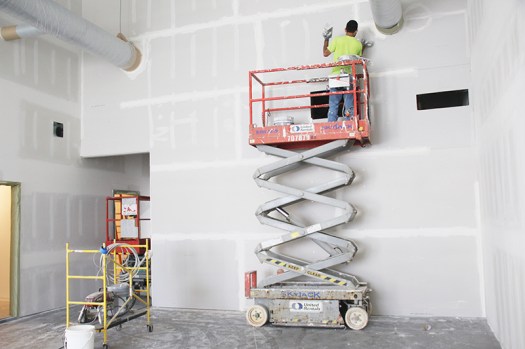 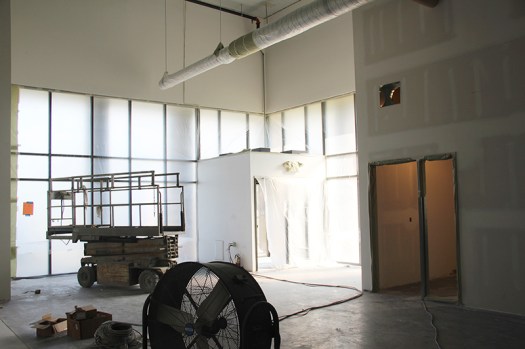 The front of the Design Ready Controls building was being converted into a lobby in early September. Sarah Stultz/Albert Lea Tribune

A company headquartered in Brooklyn Park is opening a new manufacturing facility in Albert Lea in October that will make mobile electric vehicle chargers for both commercial and personal users.

Troy Schmidtke, owner and chairman of the board for the company, said he grew up in Albert Lea and was raised in the community until he was 18, attending school in the city and working on the hog kill at Farmstead.

On the business side he said it made a lot of sense to have the business in the city with its location on Interstate 35 and Interstate 90 and the growing and supportive electric vehicle community.

The company also wants to provide high-tech manufacturing careers for people interested in the tech industry and support the economic development in the city of Albert Lea so it can be known as a leader in electric vehicle chargers.

Schmidtke said Phillip Johnson with the Albert Lea Economic Development Agency, as well as the city of Albert Lea and Freeborn County, have stepped up in helping bring the project to fruition.

“Without that help we wouldn’t be here,” he said.

He also credited the Albert Lea-Freeborn County Chamber of Commerce and several other business leaders he has met at various companies for their support, including at Lou-Rich, Intellicents, Mrs. Gerry’s and others. He said he hopes to partner with as many other manufacturers as he can to work together to break any stigmas surrounding manufacturing and to recruit workers to the community.

“We need to work together to recruit people to Albert Lea,” he said.

They also hope to start an advertising campaign in the Twin Cities to recruit people to come to Albert Lea to live and work.

Initially, Design Ready Controls in Albert Lea will be focused on electric vehicle chargers, though they hope to expand the footprint in Albert Lea to include other industries such as agricultural technology.

To help this come to fruition, the company hopes to hire 30 to 40 employees by the end of the year and another 100 or more over the next two to three years.

“As the EV industry continues to grow, the potential thereafter is very large,” Schmidtke said.

Amanda Gregory, marketing brand manager for the company, said people don’t have to have experience in the industry to work for them, and noted the company has a culture and passion around helping people develop career path opportunities for those interested in mechatronics and working with your hands.

“We hire based on attitude and aptitude,” Schmidtke said.

The initial positions are for EV advanced panel builders and EV manufacturing and quality technicians though there will be openings in the future for engineering and administrative positions.

Schmidtke credited Riverland Community College for incorporating an Earn and Learn program that supports and will advance the careers of employees with the company through mechatronics manufacturing.

Design Ready Controls will pay for the tuition of the employee and support them along their Earn and Learn journey through flexible schedules and mentorship support. He said a similar partnership has been in place at Hennepin Technical College.

The company has hoped to get the word out this month about its new location in Albert Lea through a weekly event series. Through the event, staff made s’mores over a campfire and grilled hot dogs and burgers for community members. They also conducted same-day job interviews and even provided same-day job offers.

A small ribbon cutting ceremony for the company is scheduled for 10 a.m. to 5 p.m. Oct. 12 with a grand opening for May 6, 2023, as part of the Recharge Albert Lea event.

In addition to its headquarters in Brooklyn Park and soon Albert Lea, Design Ready Controls has manufacturing facilities in Virginia and Oklahoma.

The company ships products throughout the United States, Canada, Mexico and around the world.