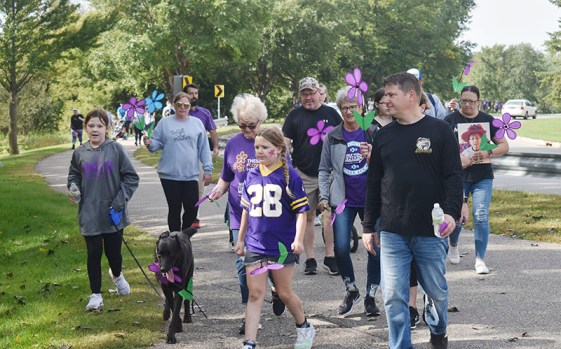 People participate in the annual Walk to End Alzheimer's Saturday. It was an emotional day all around for the participants and the event staff at the event. Marissa Hanson/Albert Lea Tribune 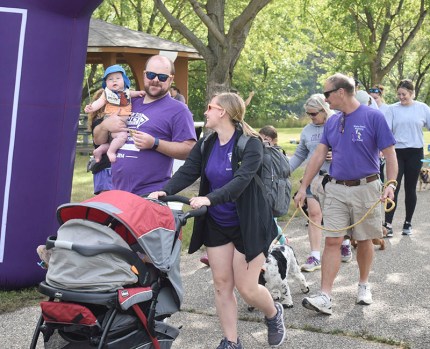 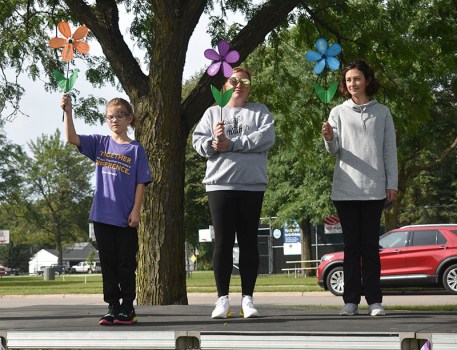 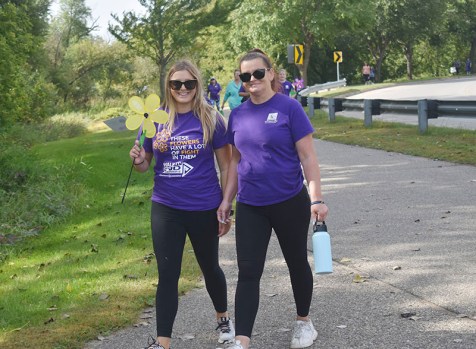 A participant in the Walk to End Alzheimer's Saturday holds the yellow flower as she walks, showing she is a caregiver of someone with Alzheimer's. Marissa Hanson/Albert Lea Tribune 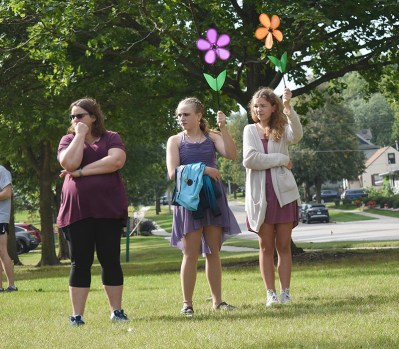 During the opening cermony the participants were asked to hold up their flowers to show each other that they are not alone. Marissa Hanson/for the Tribune 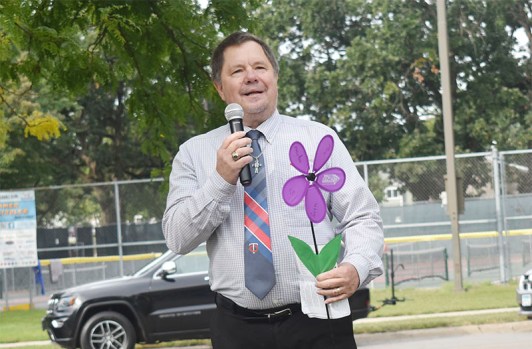 Don Malinsky, chaplin at St. John's Lutheran Community spoke at the opening ceremony for the Walk to End Alzheimer's Saturday at Frank Hall Park. He spoke of his personal experience with Alzheimer's due to his time caring for his family members who have had the disease. He commended the caregivers for their effort and finished off with a prayer. Marissa Hanson/Albert Lea Tribune 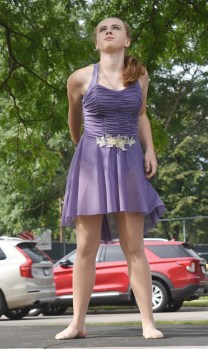 Mikayla Arett performs a dance Saturday to a song about losing someone to Alzheimer's. She has lost both of her grandmas to the disease. Marissa Hanson/Albert Lea Tribune

People gathered at Frank Hall Park Saturday for the annual Walk to End Alzheimer’s, which aims to raise funds to care for and support people living with Alzheimer’s disease and further research of the disease.

The Albert Lea/Austin walk is organized by a group of people dedicated to fighting Alzheimer’s. The first year they had a walk in Albert Lea was 2018 and they “raised over $60,000 that first year,” said Amanda Irvine, who helped organize the walk that year.

She said Thorne Crest is a big reason the walk came to Albert Lea.

“In 2017 I was walking with my family in Owatonna in memory of my grandpa who passed away back in 2005,” Irvine said. “He was only 68 years old. We as a family went to Owatonna because it was the closest walk at the time to Albert Lea.”

Thorne Crest had been bringing a lot of residents to the Owatonna walk as well, to the point where Irvine noticed.

“While at that walk and walking I noticed Thorne Crest nursing home had a bus of people walking at the walk that morning,” she said.

It was then that she knew she wanted to do something.

“I recognized Catherine Buboltz (with Thorne Crest) and decided to talk to her and gave her my idea of bringing a walk to Albert Lea,” she said. “From there we worked with the Alzheimer’s Association to work on bringing a walk to town. That next fall we accomplished just that.”

Thorne Crest’s team the Thorne Crest Team Tangles has been at the top of the teams chart for the Albert Lea/Austin walk for a number of years. This year they reached and even surpassed their goal of $4,000 in donations.

The morning started before 9 a.m. with the volunteers and committee members setting up the event. At 9 a.m. registration and money turn-in started and lasted until 10 a.m. The event officially started at 10 a.m. with the opening ceremony. Both the one-mile and three-mile walk option followed the ceremony. The event finished up at 11:30 a.m. with the closing ceremony,  with awards given to teams for their fundraising efforts.

St. John’s Lutheran Community chaplain Don Malinsky said like the rest of the speakers, he, too, had lost someone to Alzheimer’s. He gave the caregivers recognition for all the work they do.

During the event there were snacks and drinks provided, as well as a kiddie area with games and face paint.

During the walk the participants carried wind flowers. The different colors of the flowers signified different ways people are affected with Alzheimer’s.