Renae H. Christopherson, age 68, of Hartland, died Saturday, September 10, 2022, at the Mayo Clinic Hospital – Methodist Campus, Rochester with family by her side. 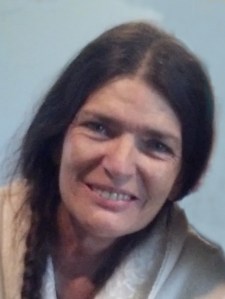 At Renae’s request, no public services will be held.

Arrangements are being completed by Boldt Funeral Home, Faribault.

Renae Helen was born January 20, 1954, in Chicago, Illinois, the daughter of Helen Marie Trottershaud and Jacob Longfors. On January 31, 1977, Renae was united in marriage to Glen Melvin Christopherson. To this union two children were born. The family made their home on Glen’s family farm outside of Freeborn. Renae was a stay-at-home mom, who enjoyed spending time at the lake with her family. Renae also enjoyed her pets, baking and cooking, and nice clean home. She was a member of the White Earth Nation Reservation and was very proud of her American Indian heritage.

Renae was preceded in death by her parents; husband; Glen on March 10, 2021; and brother, Mike Davis.