Ronald Paul Yocum, 85, of Hastings, died Wednesday, September 14, 2022, at Regina Medical Center in Hastings surrounded by his loving family. He was born on November 29, 1936, in Albert Lea, Minn., to Kenneth and Carmen (Johnson) Yocum. Ron attended school in Albert Lea and then joined the Marine Corp in 1954. He served with the 12th Marine 3rd Division during the Korean War Era. During his career in the Marines, he served in Japan and Okinawa and received an honorable discharge in 1957. He married Joldine Thomas in 1958 and later divorced. They had two children, James and Shannon. He returned to Albert Lea after the service where he worked for Railway Express as a driver and later in management. During this time, he attended Austin Community College where he received a two-year degree in College of Advance Transportation. After receiving his degree, he worked for Yellow Freight System in sales. He then went to work for ABF Freight Systems in Owatonna as a branch manager. He worked for them 17 years until his retirement in December 2001. 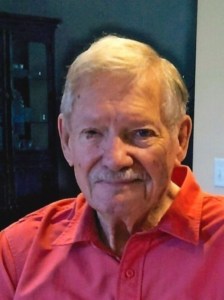 Ron remarried in 1990, the love of his life, Jean Nass Fuhs. They lived in Lakeville until Ron’s retirement, at which time they moved to Florida where they spent seven years before returning to Minnesota to be near family. Ron was a member and past president of the Central Minnesota Traffic Club. He was also active in his community as a charter member and past president of the Clover Leaf Lions Club in Albert Lea and was instrumental in starting the Lions Club Annual Flight Breakfast. He was an active member of United Lutheran Church, Leo C. Peterson American Legion Post #54, Marine Corp League Detachment 510, all in Red Wing and lifetime member of the Elks Lodge.

In addition to spending time with kids, grands and great grands, Ron had many interests in his life. Among them, he was an avid WWII history buff and loved golfing, fishing, boating and most of all airplanes and flying. He got his private pilots license in 1960 and spent many hours in the clouds. He loved flying the most of any of his interests and had owned two different planes during his years as a pilot. He also loved the time he and Jean spent traveling the US in their RV after retirement.

Funeral service will be 10 a.m. Thursday, September 22, 2022 at United Lutheran Church in Red Wing with Reverend Justin Boeding officiating. Burial will be at the Fort Snelling National Cemetery. Visitation will be from 5 p.m. to 7 p.m. with a Legion prayer service at 7 p.m. Wednesday, September 21, 2022, at the Mahn Family Funeral Home, Bodelson-Mahn Chapel in Red Wing and at the church for one hour prior to the service. In lieu of flowers, memorials are preferred to United Lutheran Church building fund (628 West 5th St. Red Wing, MN 55066) or charity of your own choosing.