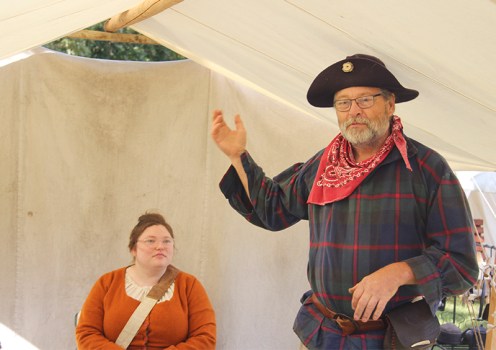 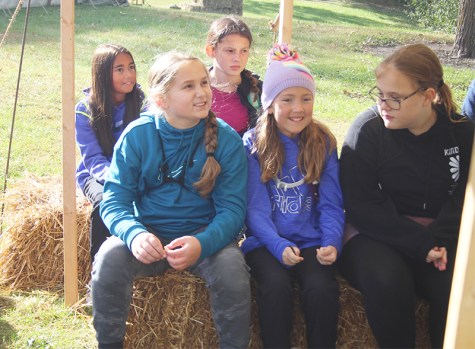 Students are engaged and excited to learn during the educational portion of the Big Island Rendezvous Thursday morning. Alex Guerrero/Albert Lea Tribune 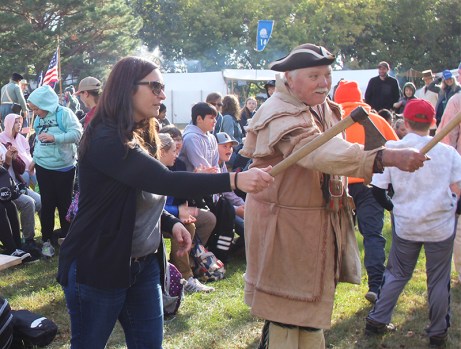 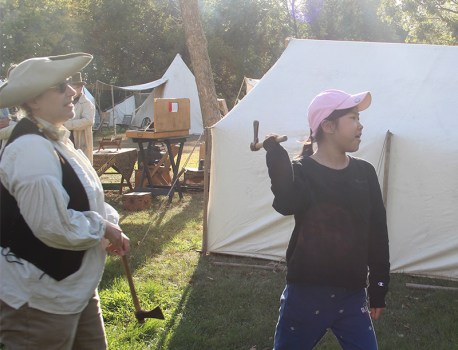 A student from St. Mary's school tries their luck at throwing an ax during Education Days of the Big Island Rendezvous. Alex Guerrero/Albert Lea Tribune 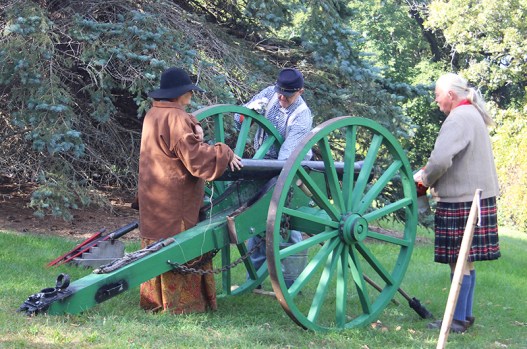 Presenters prepare to fire a cannon during Education Days at the Big Island Rendezvous on Thursday. Alex Guerrero/Albert Lea Tribune 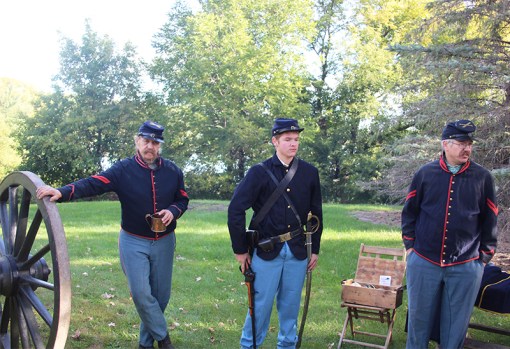 The Big Island Rendezvous returned to Albert Lea this week, and 2,000 school students are descending on Bancroft Bay Park Thursday and Friday as part of Education Days.

This was the 36th year for the event and the 33rd for educational tours.

“We have a lot of presenters, and [visitors] will go to the stations and listen to the presentations of the different people who are here,” said Kay Bachman, who has worked at the festival for over 30 years.

According to Bachman, the first time they held an educational day, 22 students from one class in Albert Lea attended.

Besides the standard attractions like a shooting range, a Civil War cannon, candle dipping, silversmithing, cowboys, pirates, Scottish dancers and storytelling, new this year were a Native American flute player and a trapper. In total, about 40 stations participated.

“[Students] are so enthralled by seeing how people actually lived before the modern times,” Bachman said. “And the people who come in here used to think that rendezvousing was a bunch of hippies out in the woods getting smashed or stoned or whatever.

“They find this a family camp, they’re very proper living, and just how people can live without being rich and modern.”

Bachman herself started out as the trader known as Foxy Lady, but over time she started helping with registration.

“And now I’m Perry’s [Vining] right-hand man,” she said. “I do all the registration and help people. All this and that.”

Vining is the founder and coordinator for the event.

Bachman described the people participating as family, and noted some of the participants traveled from rendezvous to rendezvous across states.

The whole experience has taught her that life can be simplified and still remain happy.

“We don’t have modern conveniences, and to live off the land, to wake up in the morning with the sun shining through your lodge, it’s invigorating and it humbles you,” she said. “It keeps everybody humble.”

Thomas Epperson, who goes by the name of Black Quill, is a quick sketch artist who occasionally will talk about the history of crayons.

It started when he visited Gettysburg, where his daughter was a performer.

“She came back and found out that this thing existed, so I let her go to that, and then she tricked me into coming one day,” he said. “I’ve been doing it ever since.”

Epperson has performed for 25 years.

“It is something to get out here and, instead of going to a local establishment and buying, you make everything you need,” he said.

Christopher Young is a free trapper.

Theresa Seykora brought all the sixth graders from St. Mary’s School in Owatonna.

This was her sixth year at St. Mary’s, and has attended Education Days all five years she could (COVID closed the event one year).

“The kids have such a great time living history hands-on,” she said. “There’s such a variety that there’s something that every kid brings back that was exciting for them, whether it’s throwing the tomahawk or dressing in the clothing from the time period or learning about the wars or seeing the cannons, there’s just so many fun things.”

She also wanted her students to see the passion from the presenters.

“That’s such a cool thing,” she said.

Bachman said over the years over 100,000 students have participated in the educational portion of the Big Island Rendezvous, and Vining thanked the community for their support.

“Everybody who’s involved is excellent,” Bachman said. “They’re very generous with their support, their time.”

The event also included food such as rye bread.

The Big Island Rendezvous is open to the public Saturday and Sunday.