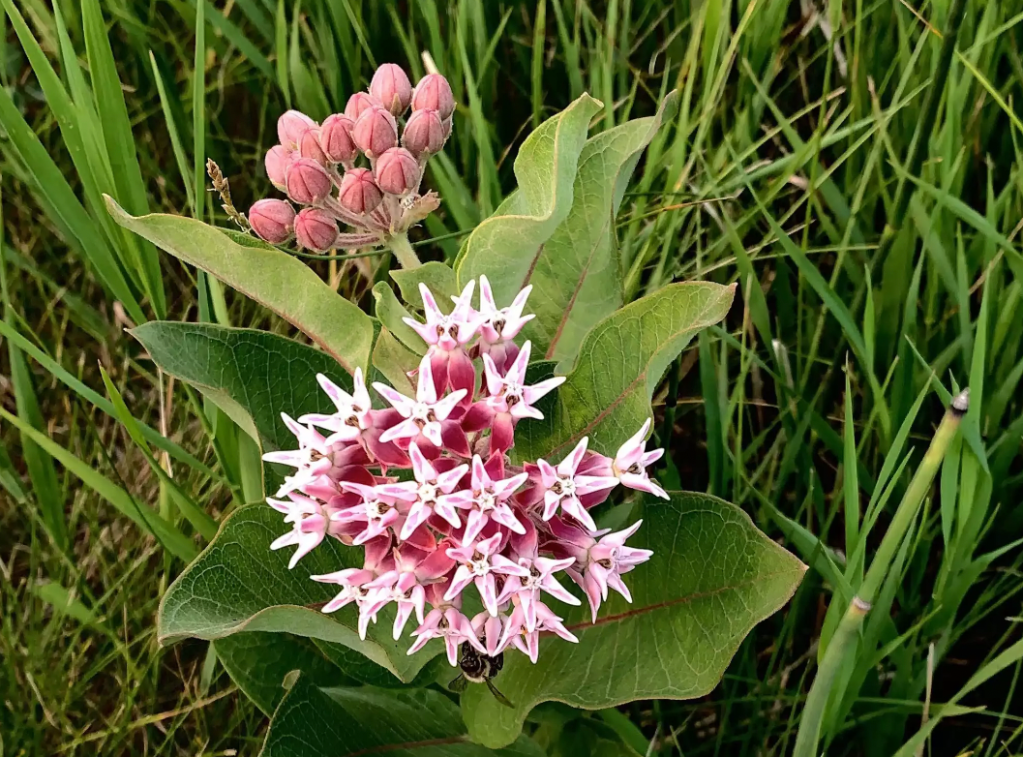 A new study finds milkweed plants from retailers across the country contain pesticides that could harm the monarch butterflies attracted to the plants.

Milkweed is a host plant for monarchs, and many people plant it in gardens to provide breeding habitat. Eggs laid on the plant hatch into caterpillars which become butterflies.

“We looked in 15 different states, including in Minnesota, and we looked from very small retailers to large, big box stores,” said Aimée Code, pesticide program director at the Xerces Society for Invertebrate Conservation, and one of the study authors.

“What we found is that these plants that are [purchased] to support pollinators might actually cause harm to them. So it’s a plant that is pollinator-attractive, but it might not be pollinator-safe,” she said.

The researchers found multiple pesticides in every milkweed plant they tested, and in about a third of the plants they found pesticides at levels known to be harmful, but not lethal, to monarchs.

They also found the ability to assess risk is limited.

“Through our research, we realized how little data we know about the impacts these pesticides have on monarchs,” said Code. “There were only nine pesticides of the total 61 that we found that we had data on as to how toxic they were. So while we didn’t find any pesticides at lethal levels, we also don’t know what those lethal levels are for most of these chemicals.”

Monarch populations are in decline and many people plant milkweed in backyards and other locations in an effort to help the butterfly. Code said the study does not mean every milkweed plant sold at a retailer is contaminated, but it does mean consumers must be aware of potential pesticide contamination.

“If you buy a plant to the store, and you don’t know if it was contaminated or not, that doesn’t mean you throw out the plant, especially a milkweed which can last for many years, but it means that you take steps to avoid pesticide exposure,” she said.

Code said protective steps might include removing the soil in the pot the plant was purchased in. It might mean placing a net over the plant for a year to keep butterflies from landing on it until the pesticides on the plant break down.