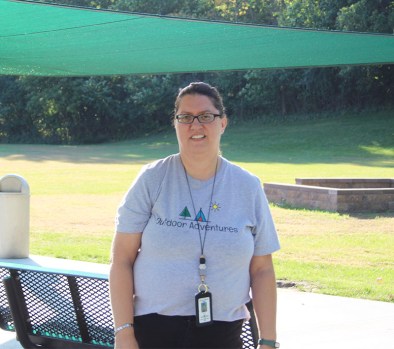 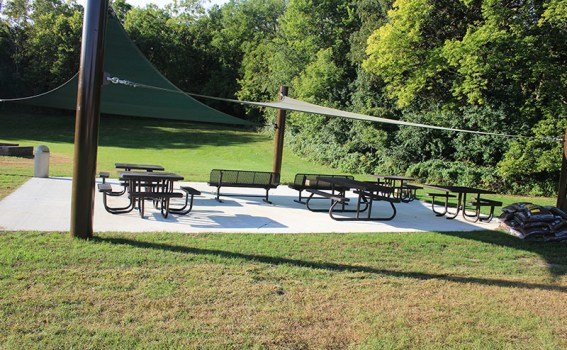 The students and teachers at the outdoor preschool hold classes outside Brookside Education Center, not far from Hammock Park. Alex Guerrero/Albert Lea Tribune

Imagine a classroom without walls and where the temperature can fluctuate from 90 degrees to 57 in less than 24 hours.

“We were looking for a different avenue for our students because of COVID,” said Lisa Ferns, coordinator of early learning for Albert Lea Area Schools. “We were trying to figure out other ways kids could learn better, and we wanted to do more hands-on [learning].”

The Minnesota Department of Education was also recommending a nature-based learning program, where teachers and professional staff taught students how to play outside.

In the district’s case, it was teaching students how to interact with their peers and learn more about the world around them. So they decided to introduce an outdoor preschool class that meets outside of Brookside Education Center next to what the teachers call Hammock Park behind the school from noon to 2:30 p.m. every Monday through Thursday.

“We’re going on hikes once a day for an hour, and it’s exploring that and learning different curriculum kind of stuff based off of the nature around us,” she said.

Students will hike to the boathouse, Pioneer Park or the different trails in the area. During their hikes, students will experience different learning activities.

According to Ferns, the program is less structured than the district’s typical preschool class and allows students more time to explore independently.

“We’re seeing excellent results regarding students socially, emotionally with their behaviors, they’re starting to independently be inquisitive of the different things that they’re finding outside.

This is the district’s first year serving outdoor pre-school, which started in August.

“Over the summer we toured a few of the preschools in the Twin Cities, and Chris [Chalmers, the now-retired director of Community Ed] had envisioned this program about two years ago,” she said. “… And so basically we just executed it this year of needing that extra time for kids and trying to create a different program that can help our students with that exploration and learning how to socially play with each other.”

She said the program helped students learn on their own about what they wouldn’t necessarily experience in a normal classroom.

After their hour-long hike, students will have a snack and do book interactions followed by an activity. Then students have free time for play.

Ferns admitted weather could be a challenge, but like true Minnesotans, weather won’t stop them from continuing having classes outside.

“We bought all the students in the program raincoats, and we’re using the [National Oceanic and Atmospheric Administration] charts and it’s basically windchill factors of when we’re going outside.”

Currently, the district has not determined how cold it needs to be before students in the outdoor program move inside.

“The hikes won’t be hardly at all, or very limited, but they will have some exposure outside even if it’s just less than five minutes, 10 minutes or whatever,” she said.

During the cooler days, Ferns said they would use the fire pit.

Because this is the first year of the program, she said eventually she would like to make it bigger with more activities to do.

And even though this is the first year, the program is full and even has students on a waiting list.

“We’re hoping to add a morning class next year if the waiting list gets bigger or we hear that there’s more of a need,” she said.

For anyone interested in more information or to sign up your child, she said they could register through the district’s Eleyo system or call 507-379-4838. The program is open to children 3 to 5.

Ferns has been in her current role since July, but she had been with the district in early childhood special education for the previous three years.