Terry Duane Clark, passed away peacefully on Tuesday, August 30th, 2022. at age 79, surrounded by loved ones at his home in Albert Lea, MN. 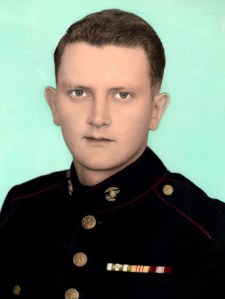 Terry was born August 26th, 1943, in Minneapolis, MN. He was the son of Albert and Caroline (Matheny) Clark. He attended Washburn High School in Minneapolis before joining the United States Marine Corps. He was a school bus driver for Minneapolis Public Schools and was also a business owner with a creative mind and entrepreneurial spirit.

In his personal life Terry was passionate about his family, dogs, and making people laugh.

Preceding him in death are his parents, Albert and Caroline Clark, and his siblings: Freddy Clark, Sharon Raben, and Phyllis Charlton.

Services will be held at the Fort Snelling Cemetery in the coming weeks.

Many thanks to the Mayo Clinic Hospice team who kindly cared for Terry and his family.