Brad Edwin’s interest in local government began “some time ago,” and when Glen Mathiason — the previous Freeborn County 1st District commissioner — decided to retire, Edwin saw it as an opportunity to run. 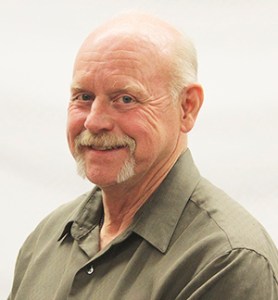 And after being elected to serve as the 1st District commissioner, he thought he would serve a four-year term. But because of the census and population shifts, all of the districts went through redistricting, meaning his four years were pared down to two  at which time he would have to run again.

Edwin made the decision he would run for reelection immediately.

The way he saw it, working for the people meant he had to ensure services were provided in the most efficient and effective way possible. He also believed there were things needed by the community, as well as things mandated by the state and federal government.

“We have to make all that work together to keep our taxes as low as possible for the people that we represent,” he said. “We talk about inflation right now, and inflation is so high. People are struggling with making payments, rent payments, house payments, buying their groceries, putting gas in their vehicles.

“… We have to understand that anytime that we take more money from the people that we represent in local government, that that puts an additional burden on the people that live in this county.”

At the same time, he realized he had to provide certain services such as public safety, road repair and maintenance, human services and environmental services.

And it’s all those different things that need to happen, he felt, to make the area a great community to live in.

“A lot of the things that come before the board are adding additional staff and services.

He also felt that while those who provided services knew what they were doing, he wanted them to find ways to provide services and save money.

“There has been departments that have come forward with ideas to save the taxpayers of the county money and has worked out very well, and I applaud them for doing that and I would like to see more of that happen,” he said.

Edwin was particularly proud of his work to implement the Pledge of Allegiance into the start of board meetings. But he’s most proud of being available to anyone at any time.

“I think communication between our board and our county government could get much better,” he said. “I realize we have a website and we have a Facebook page and some of those different things, but I think it’s important that myself as a commissioner is available for everyone in this county, not just those in my district, at any time.”

A key point of his re-election campaign is ensuring policies already in place were fair while at the same time specific enough they can be acted upon. He would also like to make sure the budget was manageable without increasing taxes at a rate people couldn’t afford.

He’d like to ensure that people providing services were held responsible and that departments were both effective and efficient. County growth was also important, meaning he’d like more businesses and jobs.

“I understand in order to do that we also have to have a good education system and housing and all the things that go along with that,” he said.

He said he thought there was a lot to gain by working with other cities and townships in the county.

He would also like to clarify certain policies he felt were vague.

“We have a policy in place as far as protecting data,” he said. “I think, looking at that policy, it could be defined in certain areas much better than what we have.”

He also felt the hiring process could be improved.

Another goal is to develop a strategic plan moving forward, whether it’s five years or 10 years.

“I think that everybody can add something of value. I think everyone should give something back, and it’s very important that we hear back from the people of this community and this county so we can move forward in a positive way,” he said.

Edwin has lived in Freeborn County his entire life, and is involved in business and business management.

“I know how to step back when needed to let people do their job, but I also know to help people when they need some help.”

He felt it was important to remember he was elected by people and that he represented them. To that effect, he said he was available to people from other districts within Freeborn County as well.

“There was a county that was having an issue with prosecution for some misdemeanors,” he said. “I reached out to our state Rep. Peggy Bennett. She was able to connect me with House research, and they came up with some ideas how we could help that community.”

Edwin served as a volunteer firefighter for the Manchester Fire Department, was involved in Noon Kiwanis and served on the advisory board for the Salvation Army.