1st Ward candidate draws on background, passion for city in run for office

An Albert Lea woman hopes her passion for the city — combined with her background in business and banking — will serve the community well as the new 1st Ward Albert Lea city councilor. 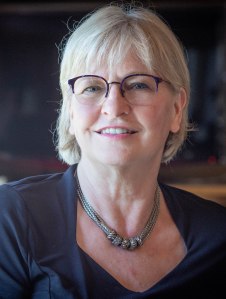 Rachel Christensen, a 1976 Albert Lea High School graduate, will face off against Nicholas Nesse in the upcoming general election to fill the open seat vacated by current 1st Ward Councilor Rich Murray, who is running for mayor.

“I love Albert Lea,” Christensen said. “This is my hometown, and I’m proud of it. I think it is important for people to step up to civic responsibility as they’re able.”

After graduating from high school in Albert Lea, Christensen said she started out as a music major at the University of Minnesota but graduated with a degree in business and speech communications.

While going to college she worked as a restaurant manager and then after graduating was hired by Norwest Corp. in their commercial lender training program for 11 years in business banking in the St. Paul/Minneapolis offices.

After that time, her father, Herb Lund, who owned Security Bank in Albert Lea, invited her to come down and take a commercial lending business banking job, which she did from 1991 to 1996, before she worked as branch president of First Bank in Austin for a year.

At that time, almost 26 years ago, she said she got married to her husband, David, and the two got involved with a large redevelopment project on the former Trail’s site on East Main Street.

She said they organized a group to own and operate Green Mill Restaurant; recruited a group to build and operate Country Inn & Suites; and then owned and operated the convenience store, known for many years as Ole’s Eastside Shell, along with Northstar Powersports. The redevelopment project gave her insight into many processes of the city, she noted.

Christensen said they sold the last piece — the convenience store — to Casey’s six years ago, but she remains active as a musician, music teacher and volunteer.

Aside from her business and banking background, Christensen works with an international therapeutic music training program, teaching music and technique. Before the COVID-19 pandemic, she became known in the area for her harp therapy at area nursing homes and even at the Humane Society.

Over the years she has served on numerous boards, including for Jobs Inc., Rochester Area Economic Development and what used to be known as Southeastern Minnesota Initiative Foundation Board. She has also worked on the Albert Lea Planning Commission and serves as the secretary for the National Standards Board for Therapeutic Musicians.

If elected, she said her job will be to “ACE IT,” an acronym she said stands for keeping city government accountable, creative, efficient, with integrity and using teamwork.

She said if she says she will do something, she will be true to what she says.

She also wants to help bring creativity and encourage people to share their skills and abilities.

As an independent business person she said she knows the struggles that business owners face.

“It can be so difficult,” she said.

Aside from the challenges, she said she believes Albert Lea has some great opportunities in the coming years, particularly as more jobs are able to be completed remotely.

The community has an opportunity to promote its beauty, safety and affordability to these workers.