Experience helps, and that’s something Reid Olson has as he runs for a fifth term as councilor for Ward 4. And that experience, he felt, was what separated him  from opponent Sherri Rasmussen. 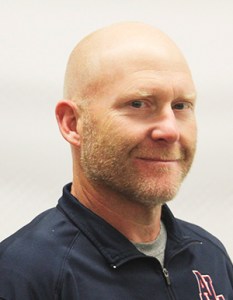 During his time on the Albert Lea City Council, Olson has worked with budgets, including big cuts from the state to local government aid.

Olson liked the smaller role of a ward and had never considered running for mayor or county commissioner, and wasn’t interested in state politics.

Originally, Reid thought his fourth term would be his last. But he decided to run again after being reinvigorated developing ideas for housing projects following the return of in-person meetings.

“We started seeing the completion of a couple of apartment complexes,” he said.

In fact, that would be one of his concentrations if re-elected: housing. He felt Albert Lea wouldn’t be able to grow without more and better housing opportunities.

If elected for a fifth term, he felt the best trait he could bring was his experience.

“Experience is what I have,” Olson said, referring to his 16 years working in Ward 4.

His proudest accomplishment was the reconstruction of Bridge Avenue.

“When I was elected the first time, a big issue was the redevelopment of that road, and the proposal was very prominent on the table,” he said. “[It] was the elimination of all the houses on one side. During my first election, I told the people that that would not be something that I would stand for.”

And he felt it would be devastating for a community feel if Bridge Avenue became a four-lane road.

He said his experience has had him deal with specific problems, and he said he thought he worked well in small committees. Olson enjoyed brainstorming and developing solutions.

Being around the community a long time, he knew a lot of people and felt he knew “the direction that most people in this town want it to go” and felt comfortable taking it that way.

“I like to say we want to grow on our own terms,” he said. “Some people say we should be a lot bigger of a town, but when you get fast growth it inherently brings in a lot of problems.”

If re-elected, his top priority would be housing, and felt if there were to be any growth in the community Albert Lea needed to have a healthy workforce, and a healthy workforce needed housing available and that currently local businesses/factories could only draw from a limited area.

“I know there are companies in Albert Lea that would like to expand, but the main concern is always, ‘Is the workforce here to take care of the jobs?’” he said. “As we all know, if we went around to almost every factory, every construction company, every restaurant in this town, everyone’s looking for people to work.”

He also wanted to continue the work revitalizing downtown, and noted how far the project has come in 15 years, while admitting some buildings weren’t salvageable. He particularly liked the flowers and flowerpots scattered around the area, and thought the splash pad “brought a lot of vitality” to the area.

He is also proud of the number of events in the area, including Music in the Park and Wind Down Wednesday.

“I’ve had fun over the last several years working on projects and being able to help people out with issues that have arisen,” he said. “It’s always exciting to see projects go from an idea stage into a finished project.”

In contrast, it was frustrating seeing how long it took projects to be completed.

“It can’t just be, ‘Have an idea and it happens,’” he said. “There’s always various steps, and every choice, every decision, has a consequence.”

The whole experience taught him patience, he said, as well as dealing with people in need of assistance and informing them where to get the information they seek.

“I should be re-elected because of my knowledge of the community, my compassion for all the citizens, for the hard work and dedication that I’ve put into this job over the last 16 years,” he said. “I think Albert Lea has come a tremendously long way.”

Besides serving as the current councilor for the ward, Reid works all-year round in construction, where he does roofing, siding, windows and bathroom remodels. He’s also a part-time stocker at Hy-Vee and studied city government in college.

Olson and his wife, Sarah, have three children.