Rural Albert Lean Nicole Eckstrom has always had an interest in local politics. 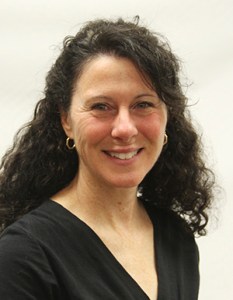 She said her parents emphasized to her growing up the importance of being involved in the community, and over the years she developed an increased desire to participate in local government.

With the recent redistricting, and her three daughters now grown and off to college, the opportunity presented itself to take part in that opportunity.

Eckstrom is seeking election as the 5th District commissioner and will face off against incumbent Ted Herman in the November general election.

Eckstrom said she and her husband, Mike, have lived in rural Albert Lea for 21 years and raised their three daughters in the community. Prior to that, she lived in Iowa; St. Louis, Missouri; and Minot Air Force Base before they settled west of Albert Lea.

She has a bachelor’s degree in international relations and a master’s degree in legal studies and works as a litigation paralegal for Savelkoul Law Office. She said her job includes working behind the scenes in assisting an attorney on civil disputes that are resolved through the courts, alternative dispute resolution or settlement. She researches topics, analyzes information and makes sure there is an understanding of statutes.

Eckstrom said she would like to see the county commissioners have respectful dialogue among each other as well as department heads, noting that over the last few years, she hasn’t felt like that has always been the case.

Having a functioning government is critical, she said, to enticing businesses and people to the community.

She said she would also like to work with the county departments on long-range planning, though she recognized that sometimes those visions have to be fluid.

Eckstrom said she thinks it is important to be able to ask questions. She has been watching several of the board meetings and attending in-person when she is able. She would like to see the board’s workshops recorded and posted like with the meetings.

She has also met with county department heads as a candidate to learn more about their priorities and the issues facing their departments.

She said as a commissioner it is important to work with the department heads, not to micromanage or criticize them, but to be there as a team. She said she has recognized the knowledge the department leaders have.

Regarding taxes, she said she thinks it is necessary to explore a cost-benefit of providing services and to look at how these things serve the community — whether they need to be adjusted or done in a different way.

Eckstrom said as a commissioner she will always consider the most responsible use of taxpayer dollars and said it is important for the county to look at state and federal resources when possible to help lighten the burden on local taxpayers.

Though she wants to earn people’s vote because they believe in her capabilities, Eckstrom is pleased about the possibility of adding a female voice to the board and thinks it would be a good dynamic. There are women candidates in three of the five commissioner races this fall.

In addition to her work and family responsibilities, over the years Eckstrom has been involved in numerous volunteer opportunities and committees, including at St. Theodore Catholic Church, with the Albert Lea school district, Twin Lakes 4-H Club and Stars Mentoring. She has also been a part of bringing people into the community with the Governor’s Fishing Opener, Extreme Home Makeover and the Big Freeze.