Across the Pastor’s Desk: It was St. Francis of Assisi Day

Across the Pastor’s Desk by Eileen Woyen 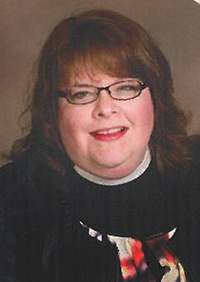 Why should I care? All Christians, not just our Roman Catholic and Orthodox brothers and sisters in the faith, can learn a lot from our ancestors in the faith. Their example and their faith serve as a witness to our own.

St. Francis was born in Assisi, Italy in 1182. He grew up in a well-to-do family. Francis’ father was a wealthy cloth merchant. Francis loved to learn and sing as a young boy, but his father wanted him to be a businessman.

Around 19, Francis became a knight and went to battle against the nearby town of Perugia. Francis was captured and taken prisoner. He was held prisoner in a dungeon for a year before his father paid the ransom and he was set free.

After the war, Francis began to see visions from God that changed his life. The first vision was when he was sick with a high fever. At first he thought that God wanted him to fight in the Crusades, but another vision told him to help the sick. Francis gave all his money to the church, which made his father very angry. Francis left his father’s home and took a vow of poverty.

Francis lived his life of poverty and preached to people about the life of Jesus Christ. By 1209, he had around 11 followers. He had one basic rule, which was “To follow the teachings of our Lord, Jesus Christ and to walk in his footsteps.” He believed that actions were the best example, telling his followers to “preach the Gospel at all times and when necessary use words.”

As a follower of the Roman Catholic Church, Francis and his followers traveled to Rome to get the approval for their religious Order from the pope. At first the pope was reluctant. These men were dirty, poor and smelled bad. However, eventually he understood their vow of poverty and blessed the order. The Franciscan Order grew as men joined and made vows of poverty. When a woman named Clare of Assisi wanted to take similar vows, Francis helped her start the Order of the Poor Ladies (Order of Saint Clare).

Francis was known for his love of nature and animals. There are many stories about St. Francis and his preaching to animals. It is said that one day he was talking to some birds when they began to sing together and then flew into the sky and formed the sign of a cross.

Francis became ill and spent the last few years of his life mostly blind. He died in 1226 while singing Psalm 141. He was declared a saint of the Catholic Church only two years after his death.

As modern-day Christians, we can learn from the life of St. Francis of Assisi. We are moved by his dedication to service and to the poor. His witness provides an example of living for God and for others through our service to God and others. We can see the value of all of God’s creation in St. Francis’ love of nature and animals. In fact, Oct. 4 is the traditional date for the blessing of animals. So if you didn’t do it on Tuesday, give thanks to God for your pets — the furry ones and the scaly ones.

Finally, St. Francis of Assisi gave us one of the most beautiful prayers:

Lord, make me an instrument of your peace:

where there is hatred, let me sow love;

where there is injury, pardon;

where there is doubt, faith;

where there is despair, hope;

where there is darkness, light;

where there is sadness, joy.

O divine Master, grant that I may not so much seek

to be consoled as to console,

to be understood as to understand,

to be loved as to love.

For it is in giving that we receive,

it is in pardoning that we are pardoned,

and it is in dying that we are born to eternal life.

Something we can all learn.