Albert Lea native who designs for Hollywood films, musicians speaks in her hometown 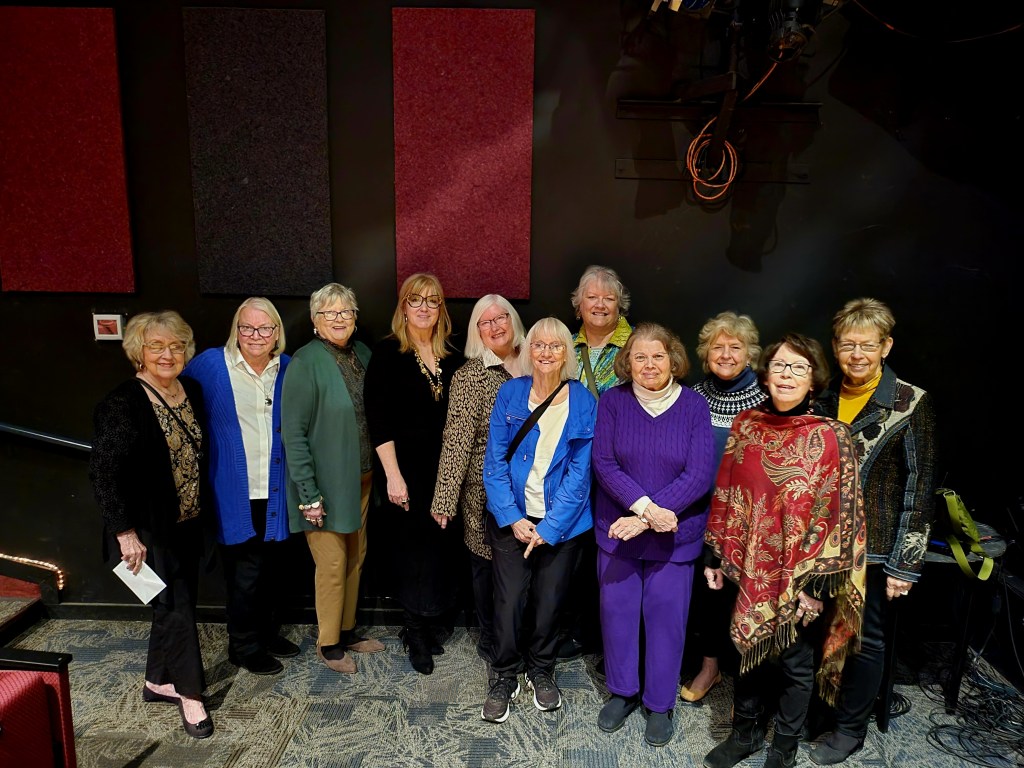 Stacia Lang, a native of Albert Lea and a 2022 recipient of a Distinguished Alumni award from the Albert Lea Education Foundation, presented to an audience Saturday morning at the Marion Ross Performing Art Center.

Lang has designed costumes for artists such as Prince and Dolly Parton, and she’s also worked in films including “Star Trek,” the “Amazing Spider-Man” and “Captain Marvel.”

During her presentation, she talked about the process of her work.

“Initially I’ll start by sizzle reel,” she said, referring to what she considered her highlights. She then did a case study on some of her costumes.

She kicked off her presentation by talking about her time in Albert Lea.

“When I was a young girl in Albert Lea I was always watching movies and TV variety shows of the ’70s, and I was absolutely in awe of the costumes,” she said.

So she decided early in life she wanted to study fashion and costume design, and set her heart on the Fashion Institute of Technology in New York City.

There, she said she learned the basic fundamentals of clothing design and construction, pattern-making, draping, sewing, sketching, illustrating and designing.

She also knew a person whose mom worked for the New York City Ballet, where she decided costume design was a career she wanted to pursue.

“She introduced me to another gal at New York City Ballet, and I started working there, so that was my very first costume job,” she said. “And I didn’t take any fashion jobs after that.”

During her time in New York, she worked on shows that required skills in designing specialty costumes, including “Cats.”

But by 1990 she wanted to leave and head back to Minnesota, except she didn’t know what she was going to do. By chance, she was upholstering a house and admitted to the person she was working with she was heading back to Minnesota.

That woman said she knew another woman who worked in wardrobe at Paisley Park with Prince.

“It’s just like everything conspires, everything arranges itself for you, and I do believe that’s what happened,” she said.

She called the woman at Paisley Park, and as fate would have it they were in need of a pattern maker, and the tailor there knew some of the same people back in New York that she knew. She was hired sight unseen.

“I got a great referral, a great review,” she said.

After her time with Prince, she moved to Los Angeles to work in films, where she has worked as a specialty costumer and assistant costume designer for 25 years.

She also touched on the differences in film costumes, what she referred to as specialty costumes, and working with musicians.

Superhero comic book movies, a trend in films she said was currently happening in Hollywood, were the current calls she got. Fortunately, she said that was right up her alley and what she trained to do. She worked on “Jupiter’s Legacy” as assistant costume designer, “Aquaman” and “Shang-Chi and the Legend of the Ten Rings.” She said her work on that project pushed the boundaries of printing and technologies.

She has also worked in science fiction, and she recently worked in costumes for the Disney+ show “Obi-Wan Kenobi” and “TRON: Legacy.”

“Obi-Wan Kenobi especially, a lot of times you’re dealing with iconic figures from the movie back in the ’70s,” she said. “We all remember it, we have to.”

And that meant making the costume appeasing to a modern audience, as well as fans and fanatics.

She also helped design and create costumes for fantasy movies, including “3000 Years of Longing, “The Cell” and “The Flintstones in Viva Rock Vegas.”

“What’s so cool about that is simply costumes like you’ve never, ever seen before, you’ve never made before,” she said. “You’re trying to bring a cartoon world to life.”

And she’s done contemporary movies such as “Lyle, Lyle Crocodile,” which was just released. And even though it’s a digital movie, she was asked to create a costume they could digitize.

She particularly liked working on “Burlesque” with Christina Aguilera.

Lang also worked with musicians, and said she treasured her time working with Prince.

“When it came to costumes, he was very reasonable,” she said. “We would try to give him costumes a lot.”

She would give him a portfolio with blank post-it notes and let him write whatever he wanted approved, whatever he did not like and any suggestions to his outfits.

“He had a lot of ideas about what he wanted to do,” she said.

Lang said a lot of times Prince would like her ideas, something she thought was cool.

“It was an affirmation of like, he loves the suit, it looks good on him,” she said. “And he would say, “I’m going to wear this on tour.’”

She also designed his butt-less pants, the ones he wore at the 1991 MTV Video Music Awards. Lang insisted to her aunt, who she was watching the program with, that it wasn’t her idea.

Besides Prince, she worked with Dolly Parton.

“She was my childhood idol, and I loved her so much,” she said. “She was just bigger than life.”

After sending Parton some of her work, she received a call and described meeting her as “cool.”