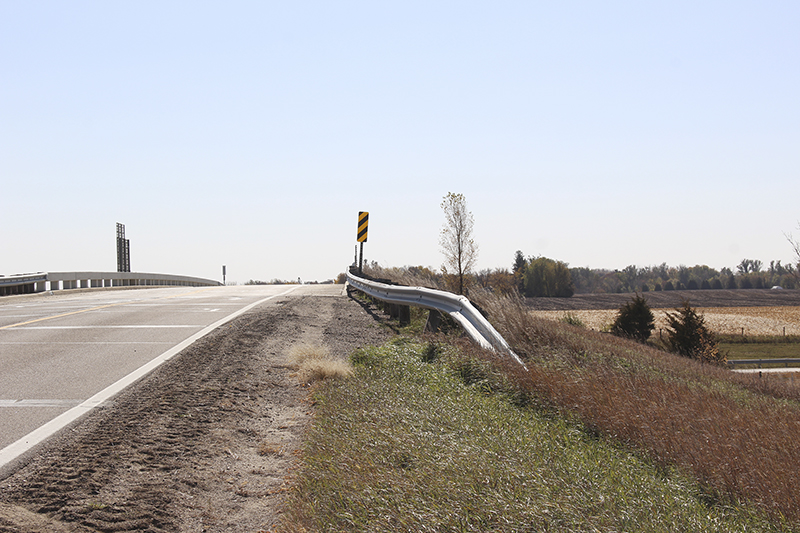 The Freeborn County Board of Commissioners on Tuesday voted to support a county application for grant funding for a new interchange on Interstate 90 at Bath Road. Sarah Stultz/Albert Lea Tribune

The Freeborn County Board of Commissioners on Tuesday approved a resolution supporting a county grant request to build a new interchange on Interstate 90 at Bath Road.

Previous county boards have considered the I-90 interchange on the road, also known as County State Aid Highway 20, a few other times over the past 30 years.

County Engineer Phil Wacholz said the county will ask for full funding for the project through the Corridors of Commerce program after continued discussions with the Minnesota Department of Transportation. The project will be in competition with other projects in southeast Minnesota for the money.

The Corridors of Commerce program was created by the Minnesota Legislature in 2013 with a goal of providing additional transportation investments in state highway projects that directly and indirectly foster economic growth for the state. It is separate from the regular state road construction program, and projects are scored based on set criteria.

Fifth District Commissioner Ted Herman said though he recognized that attempts had been made on the interchange before, he considered it to be “extremely important” for the growth of the community. He said there have been companies that have shown interest in land there, but there is no direct interstate access.

The closest access to the interstate presently from County Road 20 is to travel east about two miles on Plaza Street to the Bridge Avenue interchange.

When Herman asked if there was anything else the board could do to support the project moving forward, Wacholz said there may come a time when the board has to commit local funds for the project, particularly if it is not awarded 100% of the funds.

Third District Commissioner John Forman said the Corridors of Commerce funding is already dedicated for these types of projects, but the county needs to figure out how to help its project stand out. He said he thinks the application should include support from the city of Albert Lea and Albert Lea Economic Development Agency.

Wacholz estimated the project is expected to cost between $3 million and $5 million, assuming no bridge work needs to be completed. If bridge work is needed, the cost could double. The cost includes preliminary design, right-of-way acquisition, environmental documentation and final construction.

He estimated the timeframe for the project would be three to five years if grant funding was approved. It would also involve right-of-way acquisition of at least two properties.