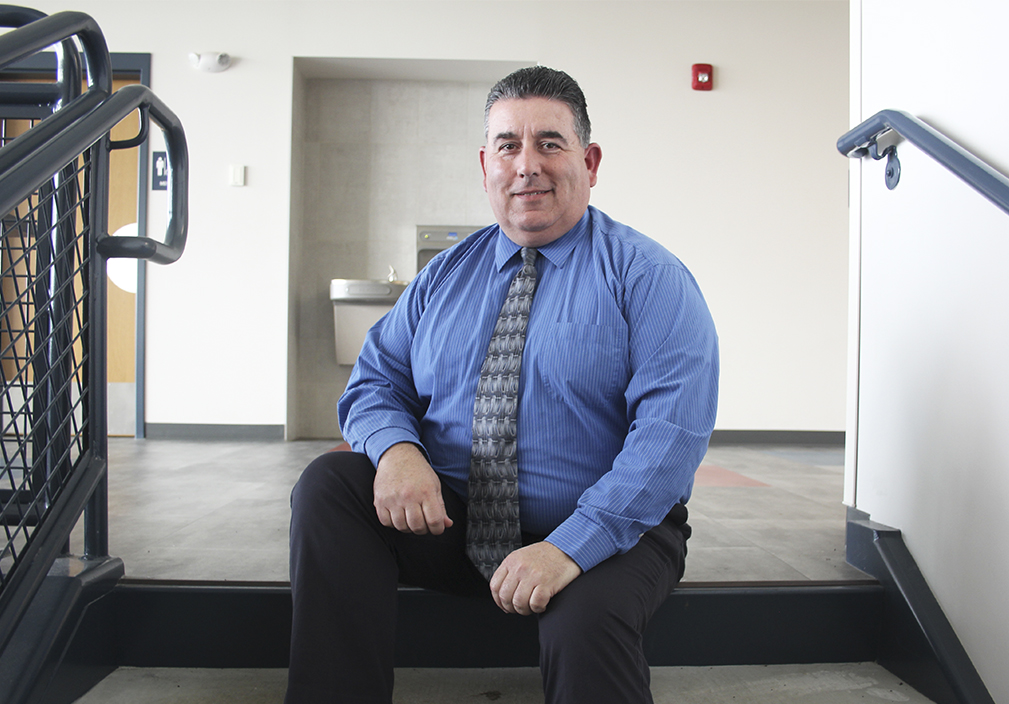 After over 30 years serving Albert Lea, Chris Chalmers retired as executive director of Community Education. Stepping into the role is John Double.

“I had heard about the job opening, and it was right in line with things that I’ve been doing in the community and for our school district,” Double said. “And so I decided [to apply] shortly after the day [the position] opened. I think it was the week before Labor Day.”

Coming into the position, he plans to work hard in the best interest of the community and school district.

In deciding to apply, he felt the position brought together his community experiences and those in the school district and served as an opportunity to help a variety of people.

Double previously served as principal for the district’s online academy and felt his experiences managing classes, connecting with other districts, working with other organizations and working with families would help him adjust to his new role.

On the other hand, he admitted he still had some learning to do, but said he was up for the challenge.

In his previous role, his primary focus was on kindergarten through 12th grade education, while in his new role he will have to focus on a wider range of age groups, including pre-kindergarten and adult.

“I have some limited experience in experiential education based on my teaching background,” he said. “However, learning how we do things here with Mr. [Scott] Hanna [the district’s experiential learning coordinator] is really important.”

Currently, he said he was working through the transition, and admitted his biggest surprise was discovering just how big the scope of programming for Community Education was.

Double admitted Chalmers left big shoes to fill. But instead of trying to fill them, he wants to start where Chalmers left off and walk on his own.

“He had a different set of skills, [and] I don’t have some of those skills,” he said. “I have some skills that maybe weren’t in his repertoire, but trying to make that impact — as big of an impact as he’s left on our community — is trying to do that.”

He said he was new enough to know he wouldn’t know everything, and didn’t plan to make any major changes currently.

“I would see what I could do to help us improve our programming,” he said. “I would also take a look at the connections that we have with other community agencies to see, ‘Is there something we can do to expand programming? Is there a need in our community that we still haven’t met?’ And finding out what those types of things look like and how could Community Ed be a part of that and are there partners that we could reach out to and collaborate with more?”

During his brief time, he said he was surprised by the complete scope of what the director did, especially when it came to younger children.

“There’s going to be a learning curve, as with any new position,” he said.

So far, he’s enjoying the opportunity to work with both the community and school district in creating a positive impact for both.

He also wants to ask “Why” and identify what it is.

“As we take a look at the ‘Why’ behind Community Education — why is it that we’re doing the things we’re doing —  and are we doing it the best way we can,” he said.

His biggest goal was to impact the community by providing education classes people want, and he would like to improve class offerings for adults.

“I know that we have a big need in our workforce,” he said. “Is there something that we can do to help those families looking to enter the workforce, whether it’s training through Adult Basic Ed, whether it’s our general programming offering things such as how to write a better resume or how to interview better, those types of things, even taking a look at our child care needs.”

Double was also interested in ideas and feedback from the community regarding programming. If you have ideas, he said to stop by the Community Ed office, email him or call him at 507-379-5316.