The Albert Lea Healthcare Coalition had specific, targeted goals when they began their work of bringing health care back to the area. 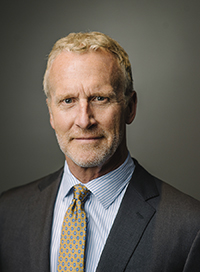 To that effect, the coalition has managed to raise money and complete phase one of building a new clinic, which included securing their building at 2510 Bridge Ave., getting a primary care clinic and staffing it. They even found a partner in MercyOne.

That was the whole notion of building the clinic: to provide options for residents in Albert Lea and surrounding communities regarding care.

Another part of providing care was insurance.

“What we have to make sure happens is that the insurance companies that are licensed to do business in the state of Minnesota for purposes of health insurance, that our clinic is in that network so to speak,” said Brad Arends, president of the Albert Lea Healthcare Coalition as well as co-founder and CEO of Intellicents.

He said all five health insurance companies that did business in the state — Blue Cross, HealthPartners, Medica, PreferredOne and UnitedHealthcare — contracted with MercyOne to include the clinic in their networks for purposes of employer-provided insurance.

But there was an issue with one insurance company doing individual policies.

According to Arends, individual policies include people who do not get care through an employer and aren’t eligible for Medicare. But the problems were not with Blue Cross or Medica, the companies he described as being the “primary carriers” for individual policies. The problem — at least until last week — was HealthPartners, a company he and his staff at Intellicents had talked with for over a year.

Back in the game

“We’ve been working and talking with HealthPartners for over a year,” he said, referring to him and his staff.

Even more importantly for him, citizens of Freeborn County (and only Freeborn County) will have insurance options from HealthPartners. Options include having an open network (in which everyone is in-network) or having what he described as more affordable insurance.

According to Arends, there weren’t any insurance providers in southern Minnesota and Freeborn County that had an individual policy similar to the more affordable group insurance plans. At least until HealthPartners got in the game.

HealthParters will provide insurance plans he described as “dramatically cheaper.”

For example, a 2023 Silver Individual Rate plan from HealthPartners will cost $1,502 a month for a family of four (with one 15-year-old child and one 18-year-old). By comparison, a BlueCross BlueShield plan covering the same family of four will cost almost $2,100 (or over 39% more). Arends said the difference in pricing was whether Mayo was in-network.

“This puts individual policies in parity with small-group policies or large-group fully-insured policies,” he said. “It’s a big thing for the citizens.”

And both getting HealthPartners back as well as providing a more affordable health care option were important. Arends also wants businesses to have options and choices with companies using individual policies (as opposed to small groups).

“We wanted the same thing with individual policies, where there was coverage that was going to be more affordable,” he said.

He was also quick to point out the change would not affect Medicare. What the change does affect is fully-insured individual policies and people who don’t have insurance through their work. It also affects people who go through the state exchange program, and this will provide more options for residents of the county.

After learning about HealthPartners’ decision to offer individual policies as soon as 2023, he said it was “really, really good” because the county had options, not just in terms of care but with insurance as well.

“They do that because in certain circumstances it would actually be cheaper,” he said.

Because insurers were groups of people coming together to cover risks, small employers, what he defined as employers with under 150 to 200 people, any one person with a chronic condition could ruin costs for every member of an overall program.

Arends used the example of a group of 125 people, and noted it was a small group to spread a large risk across, which in turn could cause health insurance renewals that were unaffordable and could bankrupt a company.

That’s because they have thousands and thousands of individuals in a risk pool buying individual policies, meaning they can spread that risk upon a lot more people.

He said being able to select individual policies would be a “life-saver” for some companies.

To prove his point, he cited the case of a local employer using individual coverage health reimbursement arrangement on the intellicents website. A long-term care facility’s group insurance plan was impacted by a single, chronic claim. That claim caused the group to either pay more, change carriers and plans or have more limited coverage.

In 2019, renewal increased by over 49%, and enrollment fell to only 71 people because of the higher premium increase.

But in 2020 individual coverage health reimbursements accounts became legal in the state, and that approach lowered total costs for health insurance to $458,000. Thus, the employer and employees saved $950,000.

“When we put that together for them, they only had available individual policies that were open to everybody, including Mayo,” he said. “They didn’t have the ability to have options that excluded Mayo.

“Now, anybody who uses individual policies as their group plan will have an option that’s cheaper, more affordable,” he said.

According to Arends, the most common way Americans get insurance is through their employers, meaning smaller groups faced the possibility of not being large enough to cover a large risk for a small number of employees.

“Now, that’s available for employers that might want to use individual policies as their mechanism instead of a small-group or people who do not have coverage,” he said.

Trisha Tyson, senior director of Medicare and individual sales and health solutions for HealthPartners, said in an email, “We’re pleased to offer residents in Freeborn County a coverage option that helps them meet their health care needs and get services close to home.”