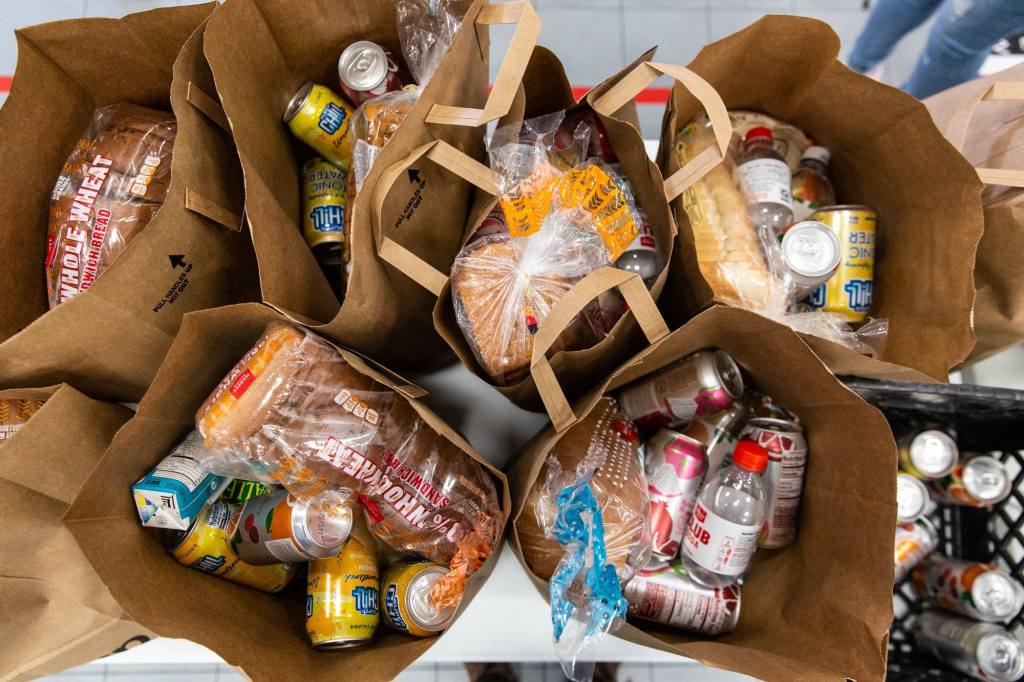 In September the Consumer Price Index in the U.S. was up 8.2% from the year before, according to the Bureau of Labor Statistics. And Republicans are using inflation as a potent political issue. Evan Frost/MPR News file

Outside a discount grocery store in St. Paul, everyone seems to agree inflation is a big problem that’s making life harder.

“We always worry about those prices, you know, eggs, everything — tomatoes, everything —it’s terrible now,” said Juan Landaverde who lives in St. Paul and blames Democrats for inflation.

“Before them, I think we did not have the problems but after Joe Biden, we have a big inflation now,” Landaverde said.

“Food is very expensive right now,”  Waktola said, but added he does not point fingers at the party that controls the White House.

“Because inflation affects everybody, it affects them daily, and therefore it automatically becomes a top issue,” Schier said. “And if it continues, people blame the government and that helps Republicans right now.”

And Republicans are trying to capitalize on voter discontent about the cost of living.

“I believe we’re at a time where we’ll all want to cast blame,” said University of Minnesota economist Mark Bergen, who studies inflation and calls it a “fatigue multiplier,” which he says has added to the stress of the pandemic and international tensions.

“We’re certainly angry and frustrated, and we should be and it’s just a natural human emotion,” Bergen said. “But I’d be careful then to place the blame on any single party. So if you want to blame it on a political party or you want to blame it on companies or other places, I think that’s miscast in the sense that I don’t think any one of them has enough power to have created all of it.”

“I think the Democrats could well be hammered in 2022,” University of Minnesota political science professor Larry Jacobs said.

Just a few months ago, Democrats had reason to believe their midterm fortunes were improving, Jacobs said.

“Things looked like they were turning in the Democrats’ favor as you moved through the summer,” Jacobs said. “But it’s now been months since the Roe v. Wade decision. Donald Trump and January 6 are of concern to a number of voters, but it’s not the top issue.”

Still, Democrats are campaigning hard on abortion rights. They are also trying to make the case that they are not to blame for inflation.

Trillions of dollars in pandemic spending has tapered off, and the deficit is down sharply because of that.

“The Biden administration can argue all spending was necessary to get us out of the pandemic and to keep economic growth going. And we are not in a recession at this point,” said Steven Schier from Carleton College. “On the other hand, Republicans will say, yes, but you did that by inflating the currency by putting all this money in circulation and now we’re all suffering from rising prices. So each side has got an argument.”