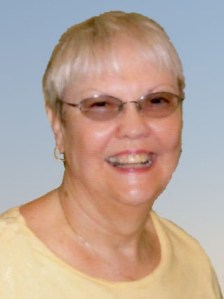 Janet was born on August 7, 1941 on the family farm near Kiester, MN, to Gilbert and Alma (Fure) Folven. She attended country school near Joice, Iowa and graduated from Albert Lea High School. Following her graduation, she attended the University of Minnesota. Janet married Allan Hillman in 1961. They raised three daughters in southern Minnesota and northern Iowa. She worked in banking in the Twin Cities, Hollandale, Northwood, and Albert Lea. She retired from Produce State Bank in Albert Lea in 1992. On October 5, 1991, she was wed to Carlyle Engebretson in Kiester, MN. Together they enjoyed traveling south to Texas and Arizona, family camping trips to Lanesboro, and annual visits to Farming of Yesteryear in Kiester. Janet’s faith played an important role in her life. She was a member at Trinity Lutheran Church in Thompson, Iowa and most recently of First Lutheran Church in Albert Lea, MN. She enjoyed being active with women’s ministries and Bible studies. Janet enjoyed visits, phone calls, cards and letters from life-long friends, walks, reading her devotions, music, and feeding the birds. Al-Anon was very important to Janet. She read daily from her Al-Anon books and the weekly meetings provided her with friendship, love, and support. Family was very important to Janet and she loved spending time with her brothers and sisters, nieces and nephews, and cousins; whether it be over a cup of coffee, a game of cards, music in the Park on Sundays, or eating a meal together at Trumbles. Every phone call or visit with the kids, grandkids, or great grandkids, ended with an, “I love You!”

Funeral services for Janet will be held on October 17, 2022, at First Lutheran Church in Albert Lea, MN at 11:00 a.m. with visitation one hour prior to the service; Pastor Roger Fears will officiate. Interment will be at Trinity Lutheran Cemetery in Thompson, Iowa.