John F. Gonzalez, 90, of Robbinsdale, formerly of Albert Lea, passed away on Wednesday, October 19, 2022, at the Catholic Eldercare Nursing Facility in Minneapolis, with his family by his side. 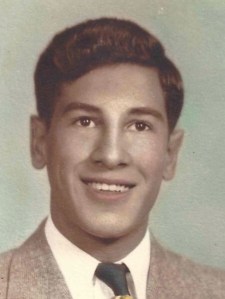 Born on April 27, 1932, in Albert Lea, he was the youngest son of the late Manuel and Paula (Rubacaba) Gonzalez. Following his graduation from Albert Lea High School, John was united in marriage to Dorothy Helen (Bolinger) Gonzalez at St. Theodore Catholic Church in Albert Lea. Together the couple shared 64 years of marriage and raised two sons: Greg and Michael.

Skilled with his hands, John was able to build three homes for his family and owned nearly every tool known to man. After relocating to the Minneapolis area, John worked as a Carpenter in the Minneapolis Public School District building installing and maintaining basketball backstops, gym partitions and power bleachers for many years.

In addition to his parents, Manuel and Paula, John is preceded in death by his wife, Dorothy (Bolinger) Gonzalez; brothers, Elias, Peter, Jay and Samuel Gonzalez; and two sisters, Margaret Gulbrandson and Mary Jane Nelson.

In lieu of flowers, memorial contributions may be made to Open Arms of Minnesota by visiting: https://app.etapestry.com/onlineforms/OpenArmsofMinnesota/donate.html or Catholic Eldercare by visiting: https://connect.clickandpledge.com/w/Form/4800bb2c-82c2-4179-a483-21b1341cc5a8