Minnesota universities compete to get most students voting in midterm election 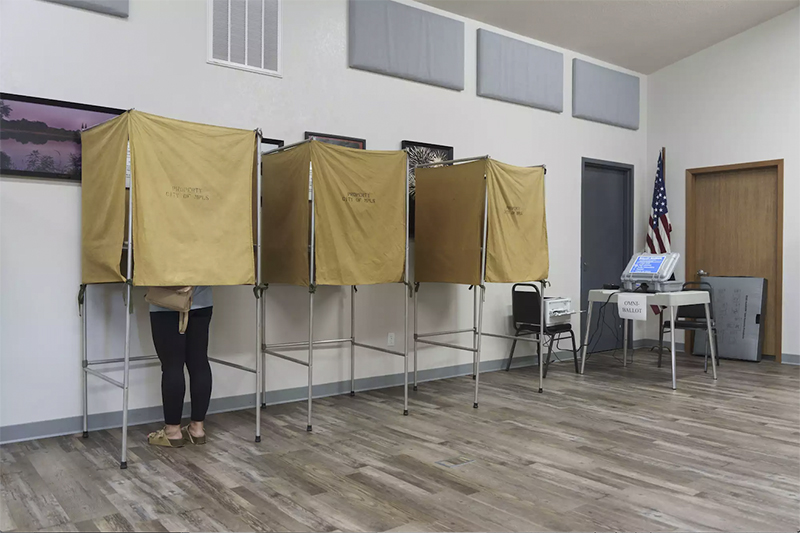 Democracy Cup is a collegiate competition that highlights the Minnesota college or university with the highest percentage of students who vote in midterm and presidential elections.

It was started in 2018 by the Minnesota Secretary of State’s Office and LeadMN, an organization that helps Minnesotans in two-year college programs transform their lives and community.

Michael Dean is executive director of LeadMN and helps lead the Democracy Cup, which happens every two years with all private, public, community colleges and universities in Minnesota, to establish the importance of young civic engagement.

“For years colleges and universities have competed on the athletic field, and now they can also compete at the ballot box to see which institutions can achieve the highest voting rates of their students,” Dean said.

Minnesota among states with highest youth voter turnout in 2018, 2020

Data from Center for Information and Research on Civic Learning and Engagement at Tufts University shows in 2018, Minnesota led the United States in youth voter turnout with 43.7 percent, much higher than the 28.2 percent of eligible voters 18 to 29 who voted nationwide in 2018, according to Tufts.

That was in line with national trends: The 2020 presidential election had record breaking numbers in voter turnout overall. According to Pew Research Center, this rise in voter numbers was due in part to the polarizing race between Donald Trump and Joe Biden, as well as greater access to early voting and voting by mail due to the COVID-19 pandemic.

Dean said it is important to recognize student leaders who help run the Democracy Cup, an activity he said makes it easier for students to be civically engaged and in turn helps Minnesota achieve these numbers.

How St. Olaf College got nearly 90 percent of students to vote

At St. Olaf College, senior India Bock primarily runs the Election Ambassador Program where students are trained on election details and then use their established network on campus to encourage their peers to vote.

Bock remembers the day they found out how many St. Olaf students voted and she described that moment to be an awesome feeling.

However, Bock doubts that those numbers will be high in the upcoming November election.

“We are expecting probably less people just because it is a midterm this year, so it kind of will hurt turnout just because there is less public discourse about it,” Bock said.

Not only did St. Olaf have the overall highest student voter turnout in Minnesota, it had the highest of any college or university in the country, according to ALL IN Campus Democracy Challenge.

Bock said their political department completed research showing that, through their Election Ambassador strategy, more students are more likely to vote due to them receiving the information from a peer.

Their Election Ambassador strategy has about 55 students currently and Bock will continue to run the program how it was done in the past.

Along with the program, Bock recognizes St. Olaf for a voting privilege that some campuses do not have.

“Part of the reason so many Olaf students vote is because we are a very residential campus. Almost every student lives on campus and we have a polling station on our campus, which is super lucky and we are lucky to have that. It is a privilege that we have, which a lot of schools do not have,” Bock said.

“We are either number one or number two in the country in youth voter turnout these last couple of elections and that shows real engagement and real progress in a very important age group,” Simon said.

The National Conference of State Legislatures shows that Minnesota is one of 23 states that allows same-day voter registration. This can be a factor in young people voting due to the quick process and being able to do it all in one day.

Simon said that his office wishes to continue creating initiatives so youth can continue their part in civic engagement.

“We are working right now with the Timberwolves and with the Vikings on ways to persuade all of their fans but particularly the young people on the values of voting,” Simon said.